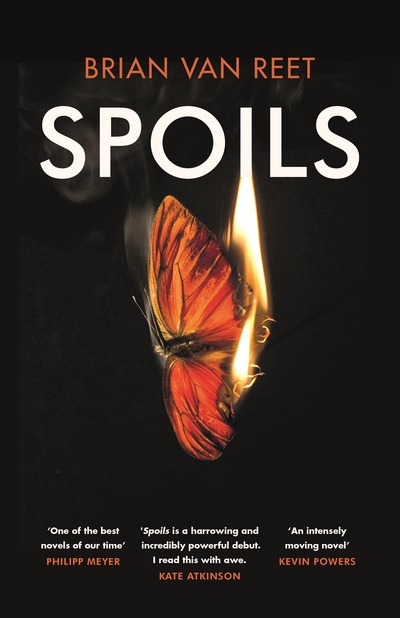 In Spoils, Brian Van Reet returns to the early days of the 2003 invasion of Iraq. By following the lives of two US soldiers and one of the mujahideen, he creates a visceral but nuanced exploration of that conflict. The book opens with a firefight at a road crossing outside an Iraqi village which the American troops have nicknamed Triangletown. Specialist Cassandra Wigheard, a female gunner is wounded and captured by the mujahideen. Van Reet then flicks back in time to explore how she and the mujahideen arrived at that point, including the view of a second soldier, Sleed, who fails to support Cassandra’s platoon as he was too busy looting an Iraqi palace. About half way through, van Reet returns to this present and the plight of Cassandra and her two crew mates captured by the mujahideen cell and occasionally on the army’s hunt for them. Inside the mujahideen cell itself there is dissent around what to do with the prisoners, their new leader seeing opportunity for propaganda. This is a small story in the context of the broader war. The initial conflict is a limited roadside firefight and the characters are a long way down the chain of command….