Lisa Ellery takes a risk in her debut crime novel Private Prosecution. That is to have a main character who, while his heart is sometimes in the right place, is not particularly likeable. Another is that the story that he is dropped into the middle of can be a little far-fetched. But as long as the tension remains high and the pages turn fast enough, readers are unlikely to worry about that.

When the book opens young hotshot prosecutor Andrew Deacon meets a beautiful woman called Lily at a nightclub and goes back to her place for a one night stand. Later the next day he is arrested in connection with her murder but is cleared when it turns out she died mid-morning when he was already at work. But Andrew is haunted by the death and comes to believe, without too much evidence, that the perpetrator is Lily’s brother-in-law and high powered lawyer, Sam Godfrey. Despite repeatedly being warned off, Andrew tries to investigate and confront Sam and as a result ends up beaten up and then charged with trafficking in pornography. He soon finds himself on the run but still desperate to prove himself innocent and that Sam was responsible for Lily’s death.

One of Andrew Deacon’s saving graces is that he knows he has some personality issues, referring to himself at one point as a “spoilt brat”. Things get worse for him as he spirals into a dependence on pain killers (an addiction that becomes strangely fortuitous) and finds himself on the other side of the law. But he is endearing in someways, at least enough to have a range of people, including his on again off again policewoman girlfriend, go out on a limb for him.

Ellery is a lawyer and the legal aspects – the courtroom scenes, the pre-trial manoeuvring, the deals that get made  – have a ring of authenticity about them, They tend to anchor the more speculative aspects of the plot. And having a well informed, highly competent lawyer as the bad guy is on trend at the moment with books like Steve Cavanagh’s The Devil’s Advocate (State Prosecutor as killer) and John Grisham’s The Judges List (judge as serial killer).

Private Prosecution is a fun if far-fetched debut thriller. The trick with this one is to go for the ride with Andrew and not think too hard about the coincidences, breaks and compliant friends and family that allow him to pursue his off the books investigation. 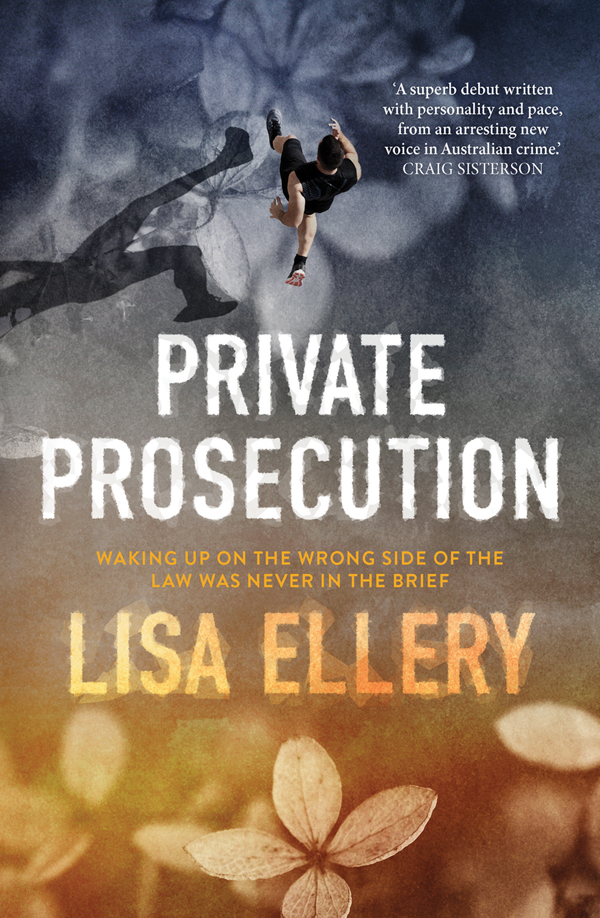