In 2014, Emily St John Mandel came out with what is still one of the best post-apocalyptic tales in Station Eleven. The key to that novel was not the pandemic itself but the human response, and the exploration of the actions of her diverse cast in the new world in which they find themselves. Mandel gives a couple of nods if Station Eleven in her latest book The Glass Hotel. And while The Glass Hotel is more rooted in real events, she takes a similarly diverse range of characters and charts their lives and their reactions as their world shifts around them.

The framing device for The Glass Hotel is woman, Vincent, falling over the side of a ship. The story will circle back to this event and its aftermath as the narrative jumps through and around time. The driving event of the action starts in 2003 – a piece of graffiti scrawled with an acid pen on glass at a ritzy hotel set on its own, a boat ride from any civilization on Vancouver Island. The hotel is owned by an investor called Alkaidis and it is after this incident that he meets bartender Vincent bar and takes her away to his world. After this Vincent moves into the “world of money”, a completely different life, inhabited by completely different people. That is until it turns out that her world is built on a lie, a Ponzi-scheme run by Alkaidis which in the Global Financial Crisis takes him down and all of his investors with him.

Much like Station Eleven was not really about a post-apocalyptic world, The Glass Hotel is not about the global financial crisis. But in both cases, Mandel uses the external events to explore deeper themes. In The Glass Hotel, Mandel is exploring the lives of the 1% and the extreme inequities created by money. But she also explores the ideas of lives lived and not lived, of whether people take the opportunities presented to them and what they make of those. When Alkaidis ends up in prison, he builds a fantasy world for himself in which he gets away with his scheme and flees to Dubai. Meanwhile, Vincent’s brother Paul, whose traumatic story opens the book, takes his opportunity, builds on that experience and finds some success.

If anything, there are too many characters in The Glass Hotel. While Vincent could be considered the main character, she is often offstage while a host of other characters take over the narration. But it is the chorus of multiple characters in this book that brings home the points that Mandel is trying to make. And while many of these characters appear briefly they are deftly sketched.

It has been a long wait since Station Eleven for a follow up and Mandel does not disappoint. The global financial crisis is the perfect vehicle for her to continue to explore how people respond when their world collapses around them. Mandel’s lucid prose and razor sharp characters combine to effectively explore this era and its aftermath but also expose deeper truths about the human condition. 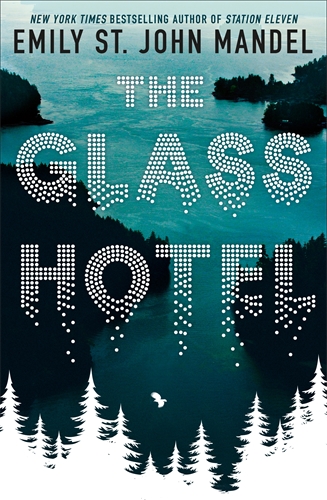