There were probably campus-set mysteries that focussed on groups of students before Donna Tartt’s The Secret History which still seems to benchmark for this type of book. Kate Weinberg’s debut novel The Truants has broader influences than Tartt, including the life and works of Agatha Christie. But the shadow of that seminal campus novel still hovers in the background.

Jess Walker has eschewed the established English universities to come to a small, concrete campus in Britain’s Norfolk to study English. She is particularly obsessed with a teacher there called Lorna Clay, a woman famous for a book called The Truants which looks at writers who broke the rules. On arrival, Jess is befriended by wealthy beauty Georgia and soon finds herself in a tight knit group of four including Georgia’s South African journalist boyfriend Alec and Jess’s own new boyfriend Nick. Together, the four become truants themselves, skipping classes to barrel around the countryside in a hearse that Alec drives, drinking and taking drugs. But nothing is that simple, Jess is secretly infatuated with Alec, and the very direct interference of lecturer Lorna in the lives of her favourite students (including Jess and Georgia) brings another angle of pressure.

Suffice to say the idyll cannot last and the second half of the book deals with the consequences of the implosion of the little group and, eventually some of the secrets that underlay some of the action. Lorna and her students are researching Agatha Christie so everything that happens to Jess is tinged with a Christie like air. It feels like there is a mystery here to be solved, although often the mystery element is purely in Jess’s imagination. But the real world is messy, and there is plenty ambiguity, and Weinberg deliberately refuses to provide a pat Christie-like explanation and tie everything up.

The Truants is, at its best, a coming of age story. But rather than the usual teenager to adult this is more of a young adult to experienced adult, buffeted and schooled by the actions of others. Jess narrates the action from a six year remove, highlighting her naïveté and innocence, and allowing her to filter those experiences through the lens of hindsight. There are twists here but most of them are fairly predictable. Usually because the older narrating Jess has foreshadowed them.

Jess’s naiveté, highlighted by her knowing six-year on narration, becomes a little wearing after a while. The reader knows it will end in tears, as does everyone around Jess, so when the inevitable happens there is little surprise. But the shadows of Agatha Christie creates a greater depth to the material, seeding the hint of a puzzle even where there may be none. So that The Truants is a solid debut, even if it does not always reach the heights that Weinberg is aiming for. 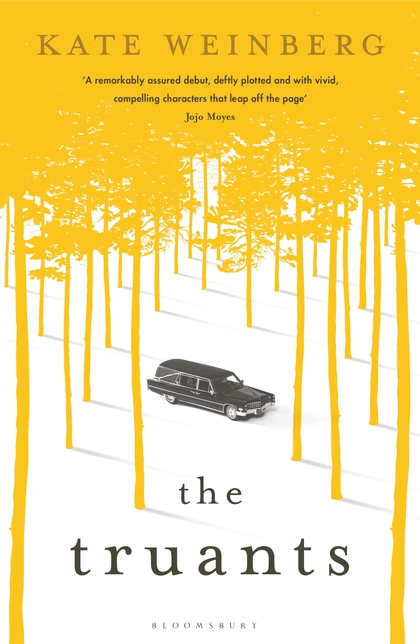