Mark Haddon’s The Porpoise has the feel of myth from its first pages. While it clearly starts as a modern story there is a slight remove from the action and characters – a sense of fates put in motion and characters who are an unable to avoid those fates. It starts with a tragedy – an unwise plane trip, a pilot showing off and paying the price and one survivor – the as yet unborn baby of the woman he was transporting, birthed at the scene of the crash. Haddon’s narrative will revisit this classic plot in a number of guises, exploring it from other angles as he digs deeply into Greek mythology.

This is ostensibly the story of the infant survivor of that crash, Angelica. But Angelica’s life becomes unutterably, and in some ways, classically tragic. In order to escape that life, she retreats into the ancient Greek world of Pericles, a character made famous by Shakespeare in a play that he co-wrote with Elizabethan author George Wilkins. That story begins with Pericles working out the answer to a riddle posed by the King of Antioch that points to his incestuous relationship with his daughter, causing him to make a lifelong enemy of that King and go on the run. Much of the rest of the narrative follows the story of Pericles, a story of valorous acts, children abandoned, miraculous rescues and godly intervention. All this as Angelica leads her own quiet, painful revolt against her own situation.

Greek mythology is having a bit of a Renaissance in modern literature. Pat Barker’s The Silence of the Girls took a new look at the Trojan War, as did Madeline Miller’s Song of Achilles which she has recently followed up with a book from a god’s point of view – Circe. The Porpoise takes as its centrepiece another classic Greek tale, following the broad outline of the story as told by Shakespeare and Wilkins, but giving it new resonance. Coming strongly through Haddon’s version of the tale, besides the usual themes of honour and justice, are the ideas of the responsibilities that come with parenthood and the ways in which people deal with grief.

The Porpoise is not the book readers might think it is based on its opening. And even during its length it twists and turns sometimes in a dreamlike way, following the vicissitudes of its ultimate narrator, Angelica. But this is essentially a vital retelling of classic Greek stories. Stories which, while they involve heroes and princesses and kings and queens, show these characters in a very flawed, human light and proves once again why they are so enduring.

The Porpoise by Mark Haddon

The Porpoise by Mark Haddon 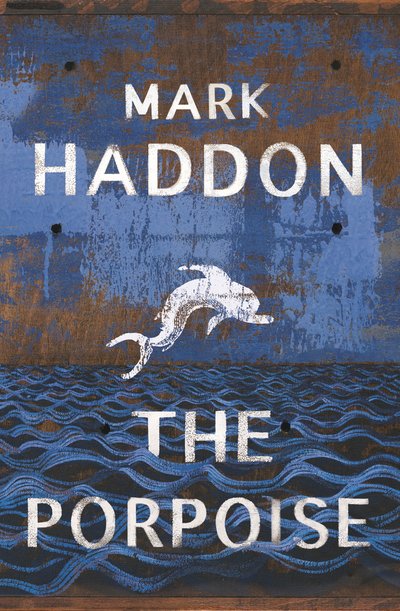