String City stakes a claim for one of the strangest hard boiled detective stories to grace the genre. It is set in String City, a place where all of the multiverses held together by cosmic string come together. It is a place where mythological creatures rub shoulders with fictional creations and a smattering of the real world. As the gumshoe narrator succinctly puts it:

String City is where the cosmic string gets knitted so tight that all the dimensions kind of fold together. All the worlds that there are – and plenty that there aren’t – get wrapped in a homicidal lover’s embrace. Impossibilities happen, moored to reality by the knots in the string. Like the tour guide says: in String City nothing makes sense, but everything hangs together.

When the book opens the narrator, a hard boiled detective type in String City is being besieged by clients unhappy with his service when he is commissioned by the Titan Hyperion to find out who raided his gambling house, the Tartarus Club. This is the first of a series of highly improbable but decidedly enjoyable escapades and cases that all tie in to what appears to be an impending armageddon. Along the way, the gumshoe will encounter among other things cyclopses, golems, giant spiders, Jason of the argonauts, sentient robots, scarab beetle accountants and will pick up a girl Friday called Zephyr with secrets and problems of her own.

String City is balls to the wall insanity, a mash of quantum physics, classic mythology and noir detective fiction. Digging deep into noir fiction tropes (including plenty of bourbon, a femme fatale and tragic backstory) Graham Edwards manages to play the weirdness straight and improbably this keeps the venture afloat. It is so crazy that it should not work. But it does. 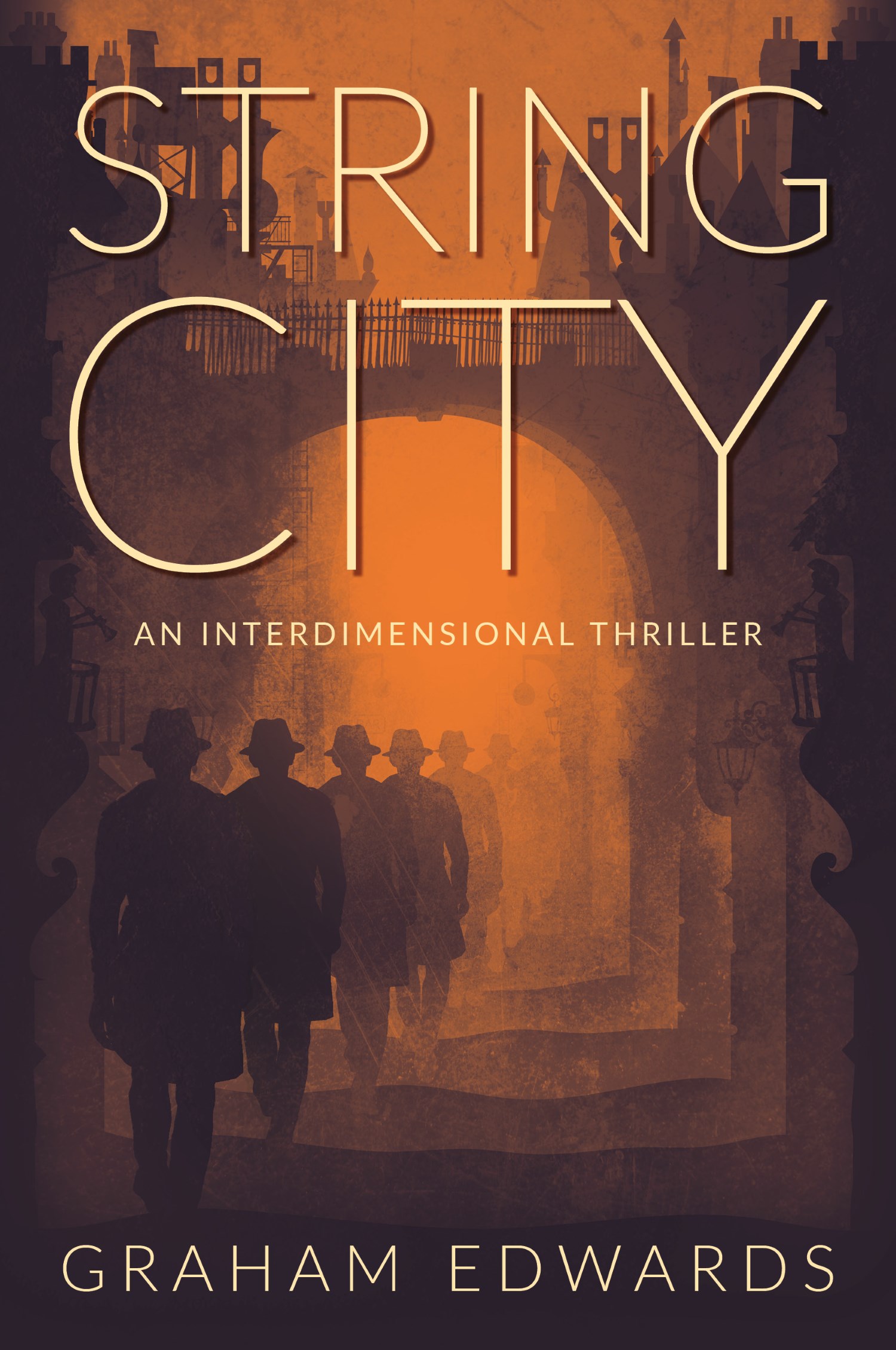