M R Carey firmly established himself on the horror shelves with zombie-inspired The Girl With All the Gifts and The Boy on the Bridge. In last year’s Fellside he took some different horror tropes into a women’s prison with varying success. In Someone Like Me he dips into another part of the horror toolbox to craft a cross between Dr Jekyll and Mister Hyde, ghost stories and, to get a little technical, multiple world theory.

Liz Kendall has left her abusive husband Marc and is living a quiet life with her two children – sixteen-year-old Zac and six-year-old Molly. But Marc will not leave her alone, and the book opens with Marc attacking Liz in her kitchen after an access visit with the children. During that attack Liz finds herself almost taken over by a violent impulse and, for the first time, fights back. As the days go on she finds herself losing control and more and more dipping into that hidden reserve of violence.

At the same time Fran Watts, a school mate of Zac’s, is still trying to make sense of her life. A survivor of a horrific experience as a child, she has an imaginary friend, an armoured fox from a kids tv show called Lady Jinx, who provides her with support. When Fran and Zac make a connection, Fran finds that when she sees Liz it is almost as if she is seeing double. But her perception of the changes in Liz puts a strain on her relationship with Zac.

To reveal more of the plot would be to give away some of the more startling twists of this psychological, sliding doors style ghost story. Carey dips well into Stephen King territory here – small town USA, ordinary people trying to deal with the extraordinary and, of course, teenagers brought together to fight an implacable force. But Someone Like Me does not feel derivative. Carey deploys his horror tropes effectively, ramping up the tension. But he never loses sight of his characters and their personal struggles delivering a ghost story about the impacts of domestic violence and child abuse and the different ways people cope with trauma. 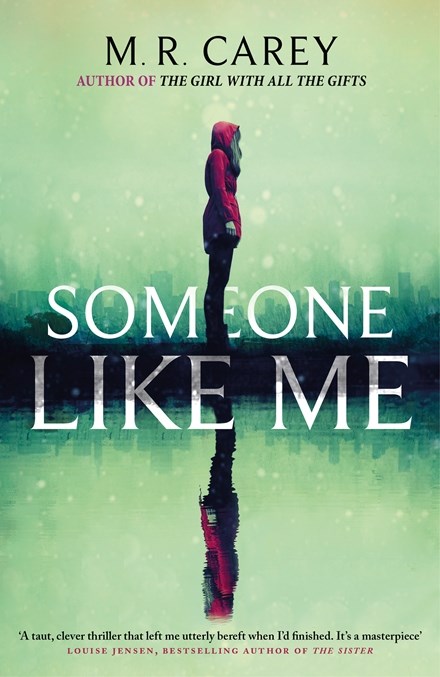