Lost Acre is the third and final volume in Andrew Caldecott’s Rotherweird trilogy. As such it is not a stand-alone. New readers should start with the highly original and enjoyable (and probably best of the three) first volume of the series Rotherweird. It is not fantasy that will appeal to everyone. This series takes time and patience and has a fondness for its large cast of quirky characters that only the English are able to deliver. But in all the senses that makes this series great, Lost Acre has in spades, including a satisfying resolution.

Lost Acre opens straight after the events of Wyntertide. Given the huge cast of characters this means that readers will be a quarter of the way through the book before they have caught up with everyone who matters. It also means that more than a passing familiarity with the events of the previous books is essential. Given the length of time between volumes this is a big ask for readers but Caldecott does not have time for too many recaps (only a couple are provided). The extensive character list is helpful for jogging the memory but only to a degree.

Suffice to say that Geryon Wynter has returned from the dead and is determined to take over Rotherweird to his own ends. Shades of fascist regimes come into play as he manufactures fear, manipulates the populace and cements his control. But something deeper is going on. There are wheels within wheels that not even Wynter is aware of. Meanwhile the cast of ragtag heroes slowly piece together what is going on and marshal themselves and their allies to fight back.

As with other books in this series, the action is anchored around a number of set pieces – including a masked ball that Wynter throws to draw out his enemies and the annual coracle race on the river Rother which, once again, is an opportunity for both drama and Python-esque comedy.

While Wyntertide felt sometimes like it was treading water and going over old ground, what it was actually doing was laying the groundwork for the conclusion of this series. There are plenty of callbacks to events in both that middle volume and to Rotherweird. So that while Lost Acre does not sit on its own, it does provide a conclusion in which all of the numerous twists land even though, and perhaps because, they have been foreshadowed.

Lost Acre is a triumphant final volume to what has been a constantly surprising piece of modern British fantasy. Part Gormenghast, part Monty Python, part mythology, part Terry Pratchett, a little bit steampunk but with the occasional dragon and changeling, and with plenty of word puzzles along the way. And while it has plenty of antecedents, this series, its setting and its tone is totally unique and thoroughly enjoyable and should be celebrated as such. 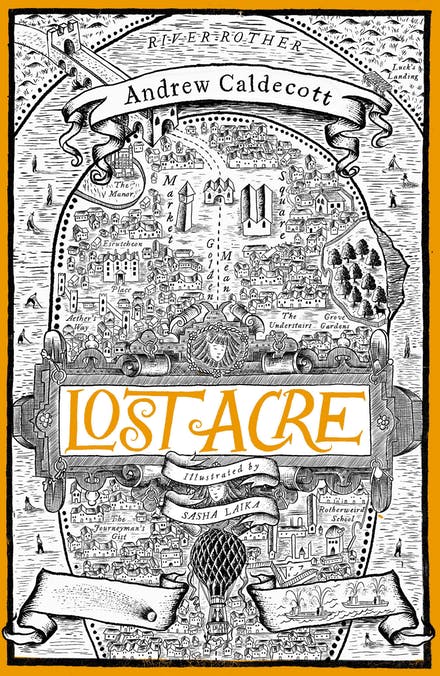