From her debut novel The Silent Companions, Laura Purcell set herself up as a writer of creepy, Victorian gothic. Her latest book has all of the elements – a creepy old house on the Cornwall cliffs, a protagonist with a secret, superstitious staff and things that go bump in the night.

When the book opens Hester Why (a pseudonym for Esther Stevens) is travelling to Morveren House, a large stately home on the wild Cornwall Coast to care for a woman called Louise Pinecroft. Hester/Esther is trying to hide her identity after running from a wealthy family that she was working for in London, she also has developed a bit of a gin addiction along the way. After Esther has settled and met all of the other fairly unsettling and creepy characters in the house, Purcell goes back forty years before, the Moroven House had been used as the base for experiments into consumptions (or pthisis) by Louise’s father, experiments on prisoners based in sea caves below the house. The three time periods (present, recent past and distant past) are explored as the story progresses, revealing more of Esther’s character but also an evil which may be haunting Morveren House.

Much like The Silent Companions, Purcell revels in the gothic atmospherics. From the opening which has Esther, squeezed into a carriage that runs out of control, to her windswept journey along the coast to Morveren house, to the caves blow the house in which the consumption experiments took place, to the house itself with its room full of hand painted china. And while they are never seen, there is plenty of talk of pixies and the fae, and evidence of their activities. But beyond the atmosphere it is often hard to get a bead on what Purcell is trying to achieve with this book.

The supernatural elements are kind of creepy but never become clear enough or threatening enough to become too frightening. A number of elements that seem to be important, like the lock that counts the number of times it is opened but keeps jumping forward and back or the bone china itself, never quite resolve into anything substantial. The presence of china in both Esther and Louise’s backstories gives some idea that there may be a connection with the present but if there is it is never made clear. In some ways this ambiguity works to make Esther’s decisions to ignore mutterings about fae and supernatural going on more understandable. But it also means that the threat to her and the other members of the household is similarly ambiguous and therefore not quite as engaging.

What holds the whole enterprise together is the character of Esther. A servant who has an unfortunate past and tends to let things get personal in a way that is unhealthy both for her and her charge; on the run and self medicating with laudanum and gin which tends to impair her decision making; intensely rational when it comes to stories of pixies and fairies but being a product of her time, willing to believe when push comes to shove.

Bone China will definitely scratch an itch for lovers of creepy, gothic atmospheric tale (this does not go far enough to be considered horror). Purcell effectively captures the wild, windswept and isolated Cornwall coast and makes the existence of  But it feels a little weighed down by the number of stories that are being told. 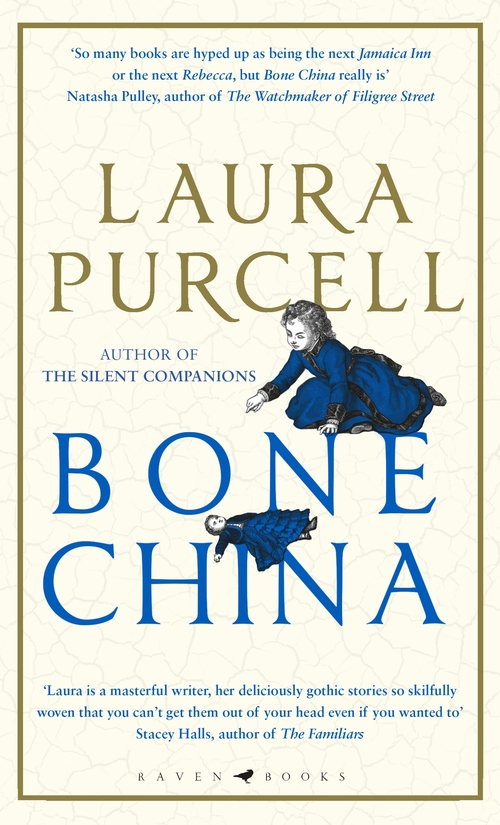