Alex White opens the second volume of his Salvagers trilogy, A Bad Deal for the Whole Galaxy with an action scene. The crew of the Capricious, not content with their galaxy saving adventures in A Big Ship at the Edge of the Universe, are tracking down the people behind that plot. But it is a tangled plot that runs deep into the galaxy’s elite and they need to do it one bad guy at a time. When the book opens they are following the money, trying to apprehend a man who might be able to start leading them to the ultimate mastermind. That opening scene is a statement of intent: well constructed action, peppered with a bit of banter and a battle involving different magical powers. And it works.

There is very little table setting or revisiting the past in this book. White assumes that readers are across the basics, including the fact that most characters have some magical ability. Once again, the focus is on two point of view characters – former grand prix racer and mechanic Nilah and former salvager and crewmember of the Capricious Boots Elsworth. But every member of the crew gets an opportunity to shine as they deal with high level betrayal, a hostile media and a crazy cult while trying to stay on mission.

White has delivered a rollercoaster narrative full of action, cliffhangers, impossible challenges and close scrapes. From the violent initiation rites of the Children of the Singularity, to a bank heist, to a hostage rescue. And yet, there is still plenty of time for character moments either during the action or on either side. Creating a heady mix which is part Firefly, part Mission:Impossible, part Star Wars and part Harry Potter. Mashed together White delivers page-turning fun for those that are up for it. And he leaves readers with plenty still on the line for the crew in a finale ominously titled The Worst of All Possible Worlds. 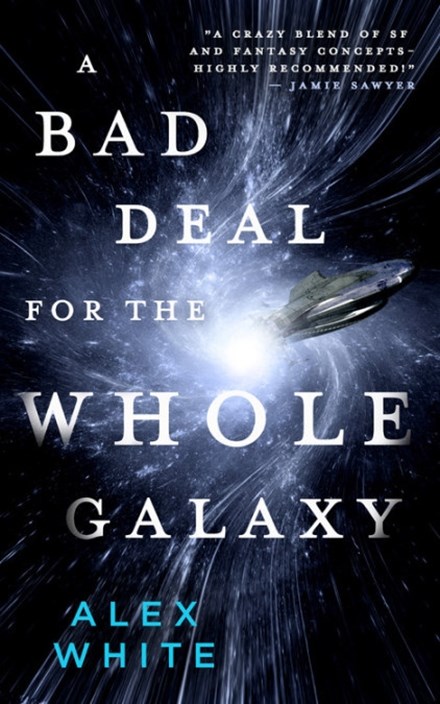