Warlight is Booker Prize winning author Michael Ondaatje’s first novel in seven years. And he has not lost his touch. Much like his early novels In The Skin of a Lion and The English Patient, this is a simply but beautifully told tale full of secrets, revelations and complex characters. Set in Britain in the years after World War II, it explores the secret lives of a people who worked in intelligence during and after that war.

But this is not how it starts. Warlight starts with a killer opening line:

In 1945 our parents went away and left us with two men who may have been criminals.

Nathaniel, the narrator, and his sister Rachel are in their teens and yet their parents leave them in the care of their lodger to go to Singapore. Although it is soon clear to the children that perhaps their mother has not gone with their father after all. They call the man they are left with The Moth and he fills the house with a range of disparate characters. One of these, an ex-boxer known to them only as The Darter, does get the two involved in some vaguely criminal enterprises. This opening has an almost mythic, fairytale feel which then morphs into more of a coming-of-age story. But just as the book is settling into a groove Ondaatje flips the narrative. The second half of the book is a revelation of their mother Rose and her exploits both during and after the war.

Warlight is vintage Ondaatje. Written in his very straight forward, understated style. For example, this description of London in the year after the end of the War:

There were parts of the city where you saw no one, only a few children, walking solitary, listless as small ghosts. It was a time of war ghosts and grey, unlit buildings, even at night, many of their shattered windows still covered over with black material tacked up where glass had once been. The city still felt wounded, uncertain of itself. It allowed one to be rule-less. Everything has already happened. Hadn’t it?

The book feels a little unfocused, rambling between scenes and characters but in a way that slowly builds to a series of revelations. But those individual scenes – stolen nights in empty houses, dog smuggling on the Thames, stories of great chess matches, thatching roofs in Suffolk – are in themselves beguiling, written with Ondaatje’s poetic flair.

As Nathaniel uncovers the secrets of his mother’s life and those of her friends, Ondaatje ups the pathos. There is quiet, English pain in this search, as if everything is shrouded in the warlight of the title: “the dimmed orange light on bridges to mark the working arch for water traffic, a quiet signal in the midst of the bombing”. But slowly, tragically and inevitably, as the mists of war fade, the truth starts to emerge. The reader is forced to reassess not only the characters that Nathaniel has encountered but their actions and words. And it turns out that Warlight, among other things is also a strange kind of espionage thriller where the outcome is never in doubt.

It may have been a while since Ondaatje’s last fictional outing but in Warlight he demonstrates that he has lost none of his narrative power. This is a sometimes baffling, ultimately satisfying but always beautifully written novel in which, with patience, everything is eventually fully illuminated. 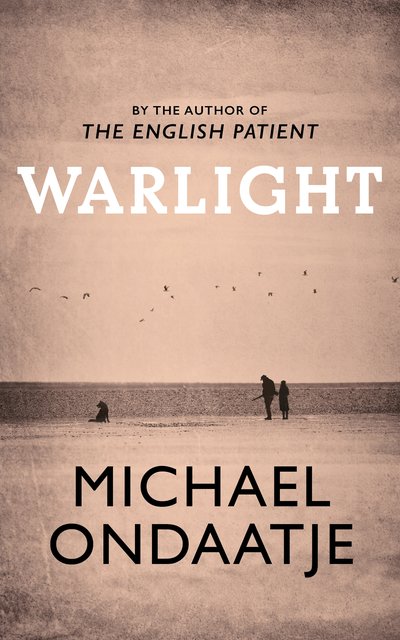