John Grisham’s first book A Time to Kill was set in the fictional town of Clanton in the Mississippi region of Ford County. He has returned to Ford County a few times in his career and in The Reckoning he is back again. This is Clanton in 1946, just after the end of the Second World War, still surviving on cotton and low paid labour. When the book opens Pete Banning is preparing to commit an act which will reverberate through that small community for years to come.

Pete Banning, latest in a long line of cotton farmers in Clanton, returned from the war a changed man. He had been missing presumed dead, his family having been notified of his death three years earlier. His experiences in the war, which he refuses to share but which are detailed later in the book, shaped him and his outlook on life. When the book opens, Pete plans and carries out a murder. He walks into the Methodist church, kills the preacher Dexter Bell, and essentially admits to the crime but refuses to explain why he did it. The crime splits the small community, many of whom revered Pete as a decorated serviceman.

While this is essentially a historical novel, Grisham can not get away from the fact that some form of legal wrangling is required. The problem for this narrative though, is that there is no drama. While Pete refuses to explain himself, the case is essentially open and shut. The legal aspects are told in excruciating detail, and from multiple points of view, down to the court clerk who puts the heaters on in the morning. But this detailing of the court case, and all of those legal manoeuvrings that follow over appeals and assets, are unable to hide the complete lack of tension. While Pete remains stoic and his grown children try to salvage their lives, there is very little to hook the reader. To the point where Pete’s lawyer complains about the fact that there is nothing for him to do.

The middle section of the book recounts Pete’s horrific experiences as part of the Bataan death march. When the US army was overrun in the Philippines early in World War Two its soldiers were treated appallingly by the Japanese – force-marched across the island, riddled by tropical diseases and with little food or water, beaten and bayonetted when they fell out of line – those who survived became shadows of their former selves. While there is a very brief consideration of how this experience might have affected Pete’s decisions, Grisham never uses this information to explain away his actions. In fact, the explanation when it does come, has little connection to this history.

The Reckoning is a strange amalgam. Grisham built his narrative on a true story from the 30s of a man who killed a priest in cold blood and refused to explain himself. He attached to this the equally true story of the experiences of the US Military in the Philippines in World War II. And being a legal thriller writer, tries to tell it mainly through the lens of the law governing murder trials and their aftermath. But, unfortunately, while much of the subject matter is interesting, none of it really works in this context. The court cases, all of them, are a foregone conclusion. The history, while interesting, is told in such an expository style as to lose most of its impact. The characters are not interesting enough to make the reader care. And the final reveals, when they come, feel anti-climactic. Grisham fans eagerly await his yearly product, but it is questionable whether even they will have the patience to stick with this one. 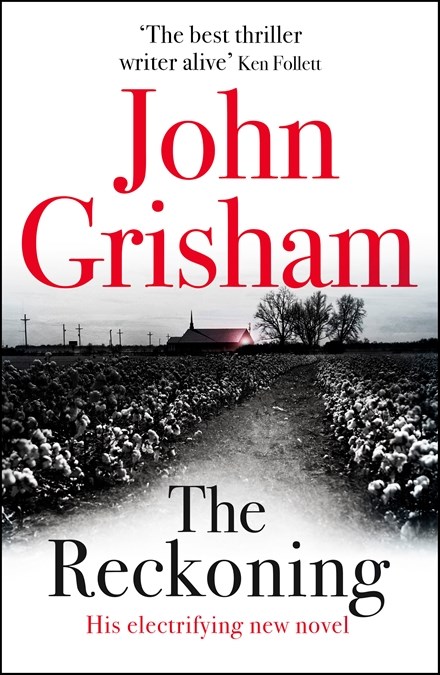