Move over Scandi-crime and possibly even Aussie-crime – the next wave of page-turning, gut wrenching, crime fiction might well be coming out of Korea. Although this is probably something the Koreans already knew given that Un Su Kim’s novel The Plotters, his first to be translated into English, was released in Korea in 2010. The Plotters is a pitch black look at a world of assassins and assassinations but it is much more than this, as Kim delves into the lives of not only the main character but those around them. Kim’s text has been skilfully translated by Sora Kim-Russell who has also translated the works of celebrated Korean author Hwang Sok-yong.

When the book opens assassin Reseng is on a mountainside, watching his next victim through the scope on his rifle, deciding whether or not to pull the trigger. He doesn’t and ends up spending the night drinking with the old ex-general, hearing a long, shaggy story about a whale hunter. This opening sets the tone for the whole book, bleakly fatalistic leavened with moments of profound character revelations.

Reseng, it turns out was abandoned as a baby and raised in an old library by an assassin runner called Old Racoon. He fell into the job of assassin and even when given a chance to put it all aside and start a new life, chooses to come back to it. He lives in a world of assassins and plotters. The plotters, shadowy figures who the assassins never meet set the agenda, mapping out exactly how each hit is supposed to go down and punishing those who do not follow the script. But things get thrown into chaos when Reseng finds a bomb in his apartment and finds himself in the middle of a turf war between his mentor Old Racoon and an old colleague of his Hanja who has set himself up in competition.

The Plotters is a constantly surprising book full fascinating stories and unforgettable characters. Whether it be Reseng’s friend Jeongan who strives to be as ordinary as possible, Bear who runs a pet crematorium but helps dispose of the assassins’ victims, to a triumvirate of three women who have a plan to bring down the invisible plotters and their networks, or the Barber, a master assassin who Reseng tries to take on.

The Plotters is a savage, beautifully observed, often poetic novel. Kim trades in the usual crime concerns of power and revenge and his main character, Reseng has a world weary noir feel. But the individual stories take the narrative well into other realms of destiny, love, honour and selflessness. Making this much more than great crime fiction and once again staking a claim for a broader audience for Korean fiction. 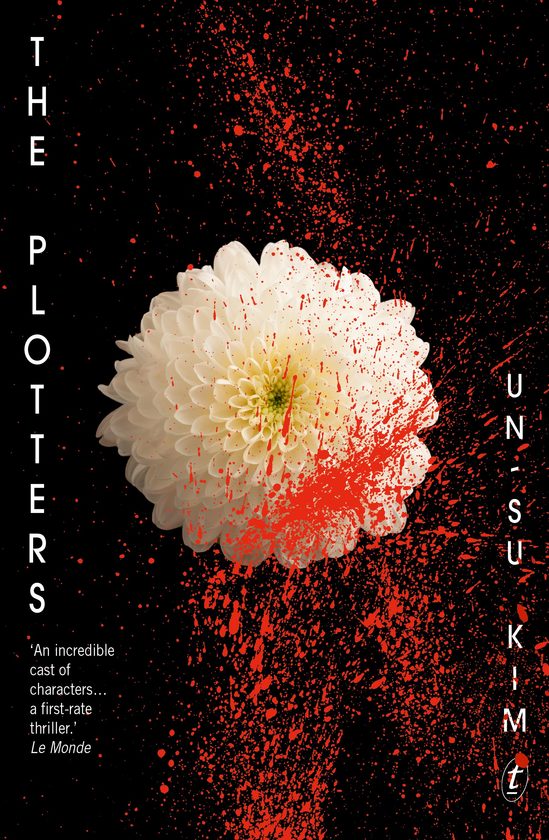