The Victorian Premier’s Unpublished Manuscript Award has been discovering some of Australia’s favourite authors. Some recent recipients include Jane Harper’s The Dry and Graeme Simsion’s The Rosie Project. So when Christian White’s manuscript titled Decay Theory picked up the award in 2017, publishers sat up and took notice. And for good reason. Now renamed the more catchy The Nowhere Child, White’s novel is an assured crime thriller with a well constructed mystery at its heart.

The hook for The Nowhere Child comes early and hits hard and sustains any bumps in the narrative. In Melbourne, 30 year-old photography teacher Kim Leamy is approached by an American stranger. He tells her that she is actually Sammy Went, abducted as a two-year old from her home in the small town on Manson, Kentucky 28 years before. This mystery of how a two year old American girl ended up in suburban Melbourne in 1990, living a seemingly normal, well adjusted life, unravels slowly in chapters alternating between 1990 and the present day. Kim’s mother died four years before, taking her secrets with her and her stepfather, who had come on the scene after she was born, knows something but is not talking. Kim ends up flying to America to find some answers.

There is so much to like about this book. Kim is a completely believable, conflicted character. Torn between the life she had and the secrets that seem to have kept Kim from her biological family. But she is confronted when she starts to meet members of that family and discovers some of their secrets. Those secrets are tangled with a bizarre Pentecostal sect called the Church of the Light Within in which members find connection with god by handling, dancing with and often being bitten by rattlesnakes. Exploration of this sect provides a dark undercurrent and links to some recent media about conversion therapies and exorcism.

The Nowhere Child is an assured, page-turning debut. White has a background as a screenwriter and his confidence in developing character and plot show in the narrative. He makes the most of his Australian in a foreign land conceit without labouring the issue. And the solution to the mystery manages to be nail-biting (in a bit of a contrived, shout at the page, crime-fiction kind of way), satisfying and heartbreaking. 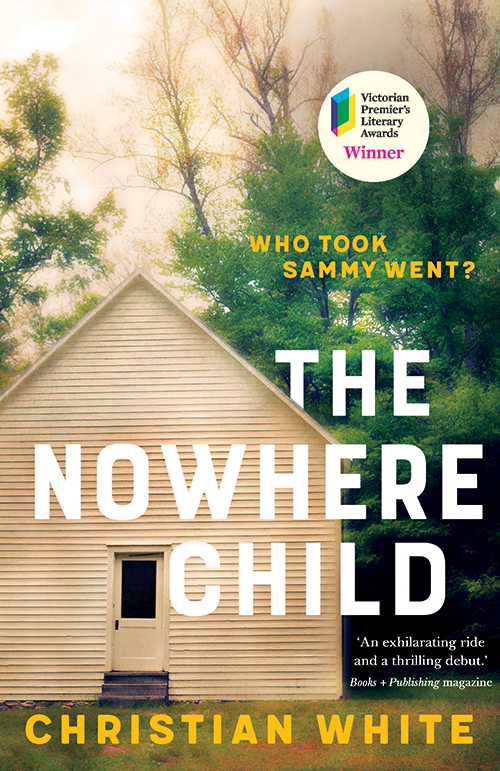