The success of Black Mirror seems to have opened up a new wave of fiction on the edge of speculative. Holly Cave’s The Memory Chamber treads ground explored in Black Mirror episodes like San Junipero, USS Callister and Hang the DJ – all of which involve some form of neural upload and an existence in a computer-generated reality. And this is clearly fertile science fiction ground with plenty of room to explore which Cave manages to put her own twists on.

Isobel is a Heaven Architect. Her job is to design a personal heaven for those dying and rich enough to afford it. The heaven that she creates contains memories of people and events from the client’s life. The memories are mapped from the client’s brain and a personal heaven is created. When they die, a bunch of their neurons are taken from their brain and uploaded and their consciousness gets to live on in their heaven for ever.

This set-up raises a bunch of moral and ethical issues, many of which Cave lays out early on. Why is it only the rich who have access to this technology? What does it achieve? Why are their two levels of consent (one for the client and one for any person who they want to appear in their heaven)? What would it mean to take that second level of consent away? How is this viewed religiously? And that is before everything gets complicated.

The complication into Isobel’s life is good looking, charismatic Jarek, a 36 year old man dying from a brain tumour. Despite both being married, the two begin a torrid and not very subtle affair. But when Jarek dies and his wife is murdered, the plot tries to gear up into the quasi-procedural crime thriller it always wanted to be. Isobel is recruited to try a new technology invented by a rival corporation to break into Jarek’s heaven and find out whether he is the killer or prove his innocence, something no one has done before.

The Memory Cave is a fine attempt at a high concept thriller but the idea behind it requires too long to set up and in the end is not cohesive enough to pull off the thriller element. It is never clear why anyone (even the rich) would want to ever create or be uploaded into a heaven as the technology does not allow their consciousness to interact with anyone else, affect the real world or actually live another life. It is merely an aspect of consciousness living in an endless loop of (mostly) happy memories. There is a global war with China brewing in the background but this seems to be an excuse to throw a handily timed explosion about two thirds of the way through the book. And the way the murder mystery is handled, with Isobel central to solving it through technology while also being a key suspect, is more than a little baffling.

The best Black Mirror episodes work when they get in and out fairly quickly and don’t try and over complicate their scenario. The Memory Cave does not meet either of these criteria. While the idea of the personal heaven, more fully developed, could be intriguing, there is too much else going on here – including murder mystery, corporate skulduggery, legal manoeuvring and impending war. Cave struggles to keep all these balls effectively in the air and this makes The Memory Chamber more of a struggle to read than it should be.

The Memory Chamber by Holly Cave

The Memory Chamber by Holly Cave 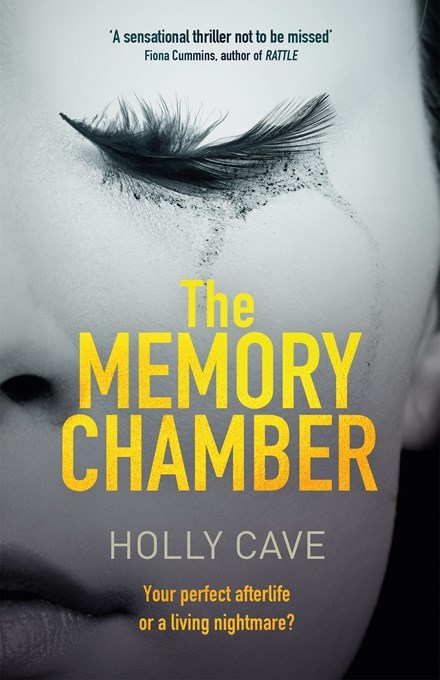