The Feed is a post-apocalyptic tale with what can only be called a Black Mirror edge. As with that series, Nick Clark Windo is interested in exploring our relationship with technology and, more importantly, what happens when that relationship sours in some way. But The Feed ranges further than this, exploring the broader implications of our reliance on technology.

When The Feed opens, Tom and Kate are enjoying a quiet night in a restaurant. Quiet in that they have willingly turned off their Feed. Much like the world in Adam Roberts’s recent book The Real-Town Murders, where most people spend their life in a virtual world, the world of The Feed is quiet, the interactions mainly happening in people’s heads. Kate struggles to interact outside of the Feed; its images, as she describes them:

…score the darkness like neon and starlight, an internal global cityscape where everyone lives close by. So beautiful. So inevitable. So comfortable.

Through the Feed, people can share emotions, memories, news, information. Kate is addicted to the Feed and spends the meal ‘itching to go on’. They both finally relent when a major event occurs, an assassination that sends their world spinning towards oblivion.

Cut to six years later and the Feed is gone:

Instead of connectivity there is a void, horrifically huge. Silence and slowness. Blackness, thick and deep. Tired muscles twitch painfully in his eyes, locking like a faulty mechanism. He looks for the link to his father, his mother, to find out where they are. He tries to link to Kate. There is nothing. Breath without air.

Tom and Kate find themselves in a very familiar post-apocalyptic landscape. The fall of the Feed has led to the collapse of civilisation.  The two now live in a farmhouse with a few other survivors and their six-year-old daughter Bea, struggling to eke out an existence by scavenging in the landscape and avoiding strangers. One of those other survivors is Danny, who had the Feed technology implanted in-utero and struggles to get by:

Enabled in the womb, he had spent his entire life in the infinite web of the Feed’s connections, from before he was even born. His natural brain had barely been wired when everything had collapsed.

But there is more going on here. The fall of the Feed was triggered by another, still extant danger, a malignant force that uses the Feed technology to take over people’s minds. This has led the farm residents to take it in turns to watch each other sleep; when the signs come over someone in their sleep that they have been affected, the approved response is to kill the sleeper. This unpredictable danger catches up with the residents of the farm and, not long after, a stranger arrives and Bea is taken in a night raid (for no apparent reason, but this is a post-apocalyptic world where these things happen).

The rest of the novel charts Tom and Kate’s search for Bea. Tom takes off first, running into the night like a madman. Kate, feeling abandoned, goes after him. They track across what will be, for many post-apocalypse aficionados, a familiar landscape of deserted villages, run-down cities and survivors’ camps. This about the city:

A sign welcoming them to the city suggests they drive carefully, except the R and the V have been blown away by bullets, changing the hospitality of the message… The road rises up on massive legs and beneath it, between the stanchions, are the remains of older buildings. The previous centuries’ palaces. A lot of newer domes are smoke-blackened from the inside. Others house a darkened fuzz of moss. Many – most – are cracked like eggshells. Creepers grow out, birds fly in, and there, way down on the ground, a pack of huge dogs waits in line.

Given the landscape and setting, the recent announcement that this book has been purchased by the producers of The Walking Dead is no surprise. While there are no zombies, they will be able to use the same sets and extras.

Tom and Kate’s trip, as in all post-apocalyptic road trips, reveals the truth about their world: about the technology that gave rise to the Feed, and particularly Tom’s family connection; about the spin-off technologies from it like ‘SaveYou’, which stores backups of people’s consciousness; about the possible environmental cost of our addiction to technology. And there is a moment somewhere in the middle where the narrative flips quite savagely, allowing Windo to explore the pathos in the struggle between those who survived the apocalypse and those who caused it.

Unfortunately the narrative and setting of The Feed never quite manage to rise above standard post-apocalyptic tropes. And even those who like a good post-apocalyptic read should approach The Feed with caution. Windo dips into some other well-worn science-fiction devices to drive the narrative  – which would be a spoiler to reveal but which might well leave some readers scratching their heads.

However, The Feed poses important questions about our addiction to and reliance on technology. It will make readers question every time they unconsciously reach for their phone to check Facebook or Twitter or Instagram or one of the other myriad ways we have of sharing thoughts, emotions, experiences and feelings. And it does not provide any easy answers. Life without the technology becomes nasty, brutal and short, but use of the technology itself has environmental consequences that might just be worse. 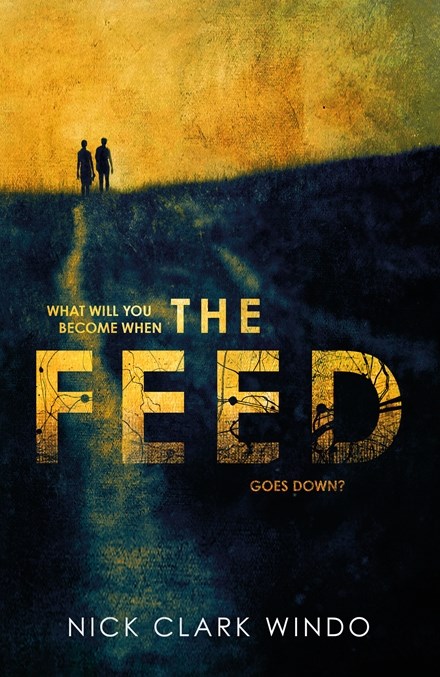