Enza Gandolfo’s new novel takes as its centerpiece the 1970 collapse of the Westgate Bridge in Melbourne. This tragedy resonates through the lives of the people involved and the people who continue to live in the shadow of the Bridge. Most of the narrative is set forty years later and centres around another tragedy, one that is much more intimate and unfortunately common than the collapse of a major engineering work.

Antonello is a 22 year old rigger working on the Westgate Bridge in 1970. An immigrant from Italy, he has found his place in the multicultural melting pot that was the construction crew. When the unfinished bridge collapses, killing many of his workmates Antonello retreats into a shell. Forty years later, Antonello’s teenage granddaughter is killed in a car accident, the driver Jo was her best friend and all four teenagers in the car had been drinking. The accident itself happened in the shadow of the Westgate Bridge.

The Bridge is heavy going for most of its length as it delves deeply into the psychology of Jo in the aftermath of the accident and Antonello, still suffering forty years on but slowly finding a way to deal with his pain. Thrown into the mix is Jo’s lawyer Sarah who has her own daily struggles but also carries a tragic connection to the bridge. And while it ultimately has redemptive message around living with tragedy and moving on, there is plenty of pain along the way for most of the characters.

While it is clear what Gandolfo was trying to achieve here, the link between the two major events in the story is pretty tenuous. And when Sarah starts quoting from the Royal Commission into the bridge collapse at Jo’s hearing it feels like Gandolfo has gone a little too far. But taken as a background to the character’s grief, reactions and development, particularly when Jo and Antonello are brought together, it does work to a degree.

The Bridge is an effectively observed story about loss and grief.  While the major industrial accident from 1970 is an important event in Australian history, more effecting for readers is the tragic outcome of four teenagers after a night out. But it is also, in many ways, a cautionary tale. For while very few readers will be in a position to stop the former from happening again, they may reconsider their position as friends, parents and even bystanders in being able to prevent an all too common form of tragedy.

The Bridge by Enza Gandolfo

The Bridge by Enza Gandolfo 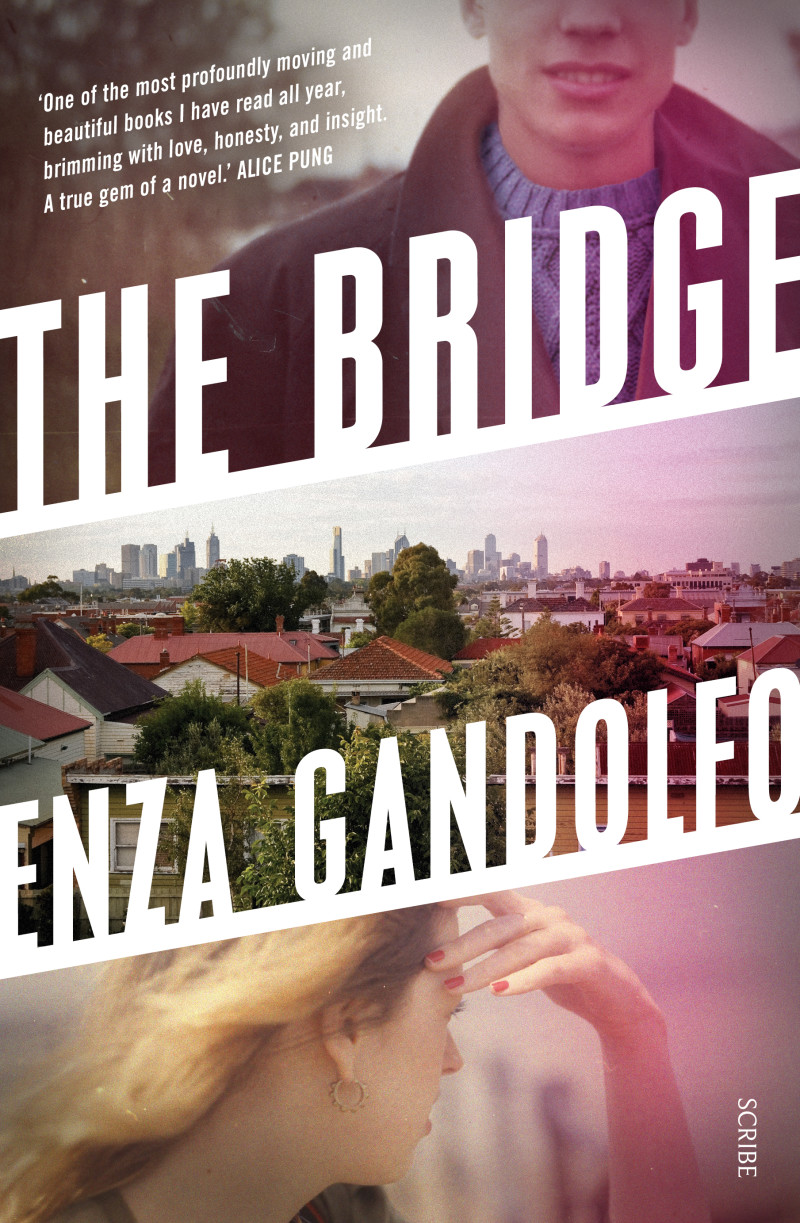