In Crimson Lake, award winning Australian crime novelist Candice Fox brought two damaged but effective investigators together in steamy far North Queensland. Ted Conkaffey, an ex-policeman accused of a terrible crime and still living with the consequences and Amanda Pharrell, out of jail after having been convicted and sentenced for murder at seventeen. If Crimson Lake needed to prove anything (and it didn’t) it was that Fox had range outside of her double Ned Kelly Award winning debut series Hades, Eden and Fall. Crimson Lake was also, deservedly, shortlisted for the Ned Kelly’s Best Crime Fiction award in 2017 and Redemption Point follows on where that book’s slightly clifferhangerish ending left off.

Ted and Amanda are hired by a father who’s son was shot in one of the local pubs and does not trust the police to investigate effectively. But Conkaffey’s past will not leave him alone, and before he can get too far into the investigation Dale Bingley, the father of the girl he allegedly assaulted, appears at his house. The two end up in an uneasy détente, Conkaffee trying to prove to Bingley that he did not commit the crimes for which he was accused. This leaves Pharrell working more with newly promoted detective Pip Sweeney. Sweeney had a walk-on role in Crimson Lake but now joins the narrative as a point of view character and, as with all of Fox’s main characters, has her own skeletons and issues that she needs to work through.

Once again, Fox delivers a near perfect combination of plot and character. Conkaffee, who merits first person narration, is caught up in duelling campaigns to besmirch his name further and to clear him of the crimes he has committed. His personal travails keep pulling him away from the local murder case leaving Pharrell and Sweeney to form yet another odd-couple investigative team, much to the dismay of Sweeney’s colleagues and superiors. And once again, the minor characters – like drug kingpin Kahlid Farah and Dale Bingley – are well drawn.

As with the previous book, Fox intercuts the action with short point of view chapters of a diary written by the person who actually committed the crime that Conkaffee was accused of. These chapters early on feel unnecessarily exploitative as Fox documents the development of a dangerous paedophile. And while it does create some additional tension towards the end of the book and potentially explains some character motives, the diary entries break the flow of the action and feel a little contrived.

Minor quibbles aside, this is another cracker of a crime novel  and Fox once again proves to be one of the most exciting Australian crime writers out there. Redemption Point, like Crimson Lake before it, manages to generate constant feelings of fascination, anticipation, excitement and dread which makes it extremely hard to put down. 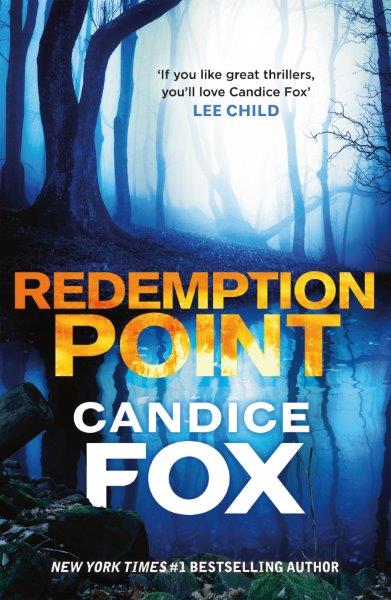