Frank Kittredge is a lifer. Sentenced to jail for killing his son’s dealer, he is offered a chance: join a mission to Mars crewed by convicts to construct a settlement in anticipation of a crew of NASA astronauts or stay in prison and rot (Botany Bay, anyone?). He takes the deal, and not only that, is later offered a trip home and a pardon if he keeps an eye on his six fellow crew members for Brack, their unnecessarily sadistic and overbearing supervisor.

After way too long describing the team’s training, including how they learn to drive Mars buggies and build habs, the crew head to Mars. Almost immediately things start going wrong and crew members start to die. This finally kicks a thriller element into gear as an Agatha Christie-style And Then There Were None situation starts to develop and Frank has to investigate the mounting death toll without becoming a victim himself.

Andy Weir’s The Martian managed to hit a certain sweet spot between technobabble, scientific accuracy, character and plot. SJ Morden goes down a similar road in One Way but with less success. He spends in inordinate amount of time on the science and engineering challenges of training for and building a settlement on Mars. The idea to use convicts as a disposable labour force is original but given their easily avoided one man oversight, not worth thinking about too hard. The slowly creeping dread as one by one the crew members die in “accidents” provides some impetus, particularly cranking up in the final act.

In the background to the main plot, Morden charts the development of the idea to send expendable convicts to Mars to do the dirty work. This behind-the-scenes corporate skullduggery gives the book some thematic depth and a different spin on Frank’s experience. The attention to detail is commendable and everything about the mission itself and its preparation is believable. Which only serves to make One Way interesting rather than page-turning.

One Way by SJ Morden

One Way by SJ Morden 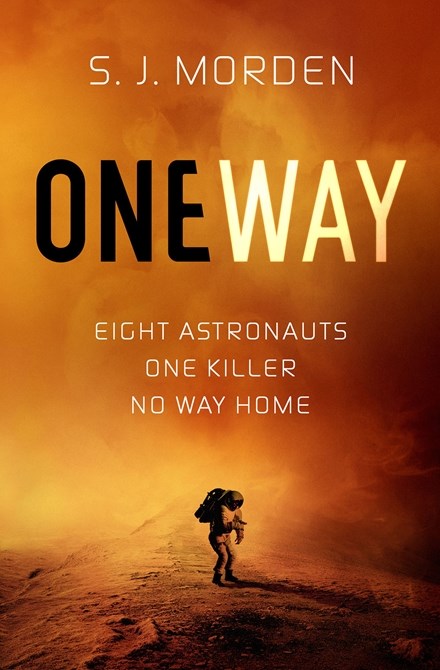