Keigo Higashino is one of Japan’s best selling crime novelists. He has won and been nominated for a number of Japanese and international crime awards, has a number of long running series and a number of books turned into films. His latest book to be translated into English (by translator Giles Murray), Newcomer, shows again why that is the case.

Helpfully, Newcomer opens with a cast of characters. Most of the list are associated with one of a number of shops – a rice cracker shop, a Japanese restaurant, a china shop and so on. And the action for the most part happens in and around these shops clustered in the central Tokyo suburb of Nihonbashi.

A woman has been murdered, she was a newcomer to the area. The murder is being investigated by the Tokyo Metropolitan police homicide division with the help of newly transferred local detective Kaga, a regular from Higashino’s fiction. Kaga, himself new to the area, works the case by chasing down connections with each of the shops listed in front of the book, at the same time dipping into the lives of the people who work in them. And each shop hides not only a connection to the murder but a story and some secrets. Kaga’s view is that he is not just there to solve a murder but to help people affected by the murder to move on with their lives. And so each chapter focuses on a different shop or set of characters and each contains a satisfying ‘ah ha’ moment as Kaga weaves his deductive magic.

Newcomer is crime fiction that feels like it could only come from Japan. The focus on tiny details of form and etiquette, the way the characters relate to each other, to Kaga himself and to their Tokyo setting. But Higashino is really interested in the universal, in exploring the human condition, seeking to understand why people act the way they do and the impact that those actions have on others. Every problem that Kaga gets to the bottom of helps the people he is investigating. His focus is not only on the crime but its impact on the people in the neighbourhood and how he can minimise and lessen that impact through his actions. Even the way Kaga ultimately solves the crime supports his partner from Homicide division, Uesugi, to work through some personal issues.

Newcomer does what all great crime fiction does. It sets up an irresistible mystery, embellishes it with plenty of side mysteries, and along the way gives the reader a deep feel not only for a specific place and its inhabitants but also an insight into the human condition. Nihonbashi and its residents come alive so much that in the end, neither the reader nor Kaga feel they are quite the newcomer that they started out as. 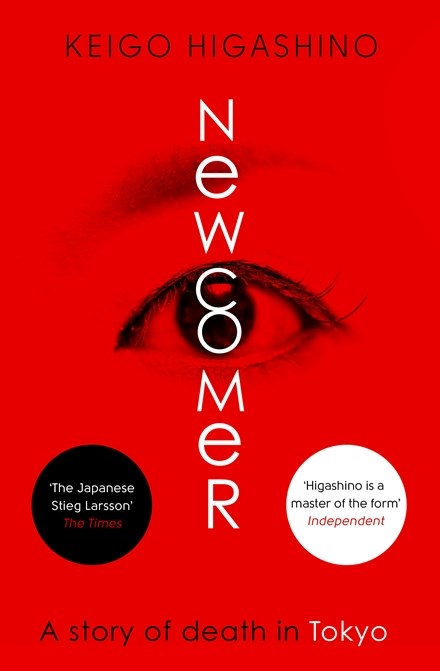