Lynne Vincent McCarthy’s debut novel Lonely Girl is a thriller with a bit of a gender swap. Gone is the femjep woman kept in a basement. Instead, McCarthy turns the tables on this tired trope and in this psychological thriller puts the woman in charge. But like many books and plays of this type, the interest is not in the kidnapping itself but in the mind games that are played between the captive and captor.

But before she gets to that, with the exception of some short tantalising POV sections about a dangerous affair, McCarthy spends some time setting up Ana, her protagonist. And this groundwork is really important to give some credence to how the plot later plays out. Ana lives on her own in a small house in a secluded valley some distance from the Tasmanian capital of Hobart. Her only companion is River, a dog she has had since she was twelve. But she is now twenty-seven and River is dying and she has decided that when he dies she too will take her own life as no one will miss her.

One night she witnesses a couple having sex in a van outside a local bar. For readers, this gels with the hints of a wild affair that come through the short POV vignettes. For Ana it is startling, but before she can really process it the woman who she saw in the van has been found drowned in the river.

To talk much more about the plot would be to risk spoilers but suffice to say she ends up with the man who she saw in the van, injured unconscious in her basement. She is convinced that he was the killer but does not go to the police, worried about what they might think about her involvement.

From there on the novel twists and turns as her captive tries to convince her of his innocence while also dealing with the fact that this young woman has locked him in her basement. At the same time, the investigation into the murder circles around Ana, particularly through an old connection with one of the members of the local police force.

Lonely Girl is, for the most part, a fairly taut thriller but even for all of the groundwork it drags a little in the middle. McCarthy does a good job at playing with the reader’s sympathies, building up an understanding of Ana but then challenging that view and similarly with her captive as the evidence swings for both his guilt and innocence. And to her credit, McCarthy settles for an intriguing, ambiguous resolution rather than anything that readers might have been expecting. 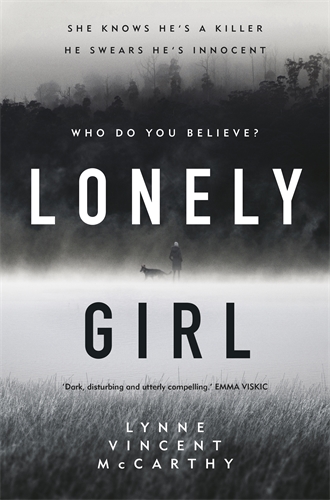