Hellbent is the third in Gregg Hurwitz’s Orphan X series. But if you have not read the other two (Orphan X and The Nowhere Man) and are in need of a pacey thriller you should not let that stop you. After a masterclass cold open, Hurwitz provides a quick two page expository primer before jumping straight back into the action. Evan Smoke was an Orphan, one of a bunch of highly trained secret agents working for a shadowy American espionage force. Evan has left the agency and set himself up as The Nowhere Man, an unstoppable coming to the rescue of people in need. But the agency, and particularly his nemesis and agency head Van Sciver, want him dead.

Most of Hellbent is focused on Smoke organising his revenge against the Orphan program for killing his mentor Jack. But he does this saddled with his last mission from Jack: to protect Joey, a sixteen year-old Orphan in training who also escaped from the program. And of course, not wanting to put his Nowhere Man persona on hold, also helping out a father who wants to rescue his son from a deadly gang of thugs in Los Angeles.

Evan Smoke is your typical Jason Bourne/ Jack Reacher/ James Bond character. An action man of few words with a heart of gold. While Smoke has helpers he has few friends but this book, and in particular his relationship with Joey, goes a long way towards making him more human. But Smoke is also very very good at what he does, planning four moves ahead of the opposition, handy with any sort of weapon, or implement that he can turn into a weapon.

There are no real surprises in the Orphan X series. Readers get what is promised on the cover – well written, smart and engaging action. Good guys to cheer for, moustache-twirling bad guys, some conflicted characters in the middle and a conspiracy, that of course, goes much further than Evan could ever have imagined. And with a cliffhanger ending to deal with, it looks like Evan (and his fans) will follow that trail at least into a fourth instalment of this series. 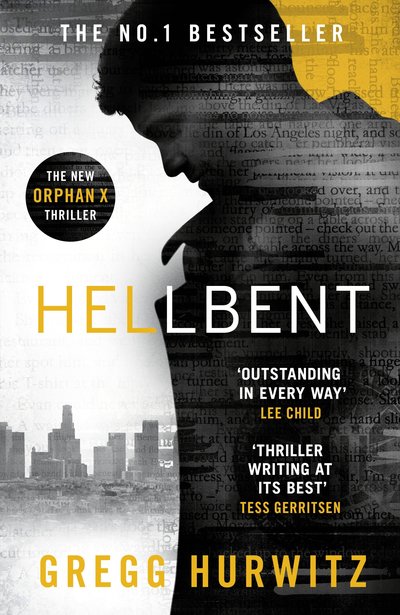