It has been ten years since Alastair Reynolds has played in his Revelation Space universe. In that time he delivered the Blue Remembered Earth trilogy about a generation starship, complete with elephants and a few standalone novels including the steampunk-esque Terminal World and the rollicking space pirate adventure Revenger. But with Elysium Fire he is back on familiar turf (for Reynolds fans) – a direct sequel to 2007’s The Prefect, now to be rereleased under a new title Aurora Rising.

Elysium Fire is once again set about a hundred years before the events in Revelation Space. The Prefects keep order across the Glitter Band, a loose collection of thousands of habitats orbiting the planet of Yellowstone and its iconic Chasm City. Prefect Tom Dreyfus, the protagonist of The Prefect, and his team are also back in action trying to solve a sequence of mysterious deaths and deal with an agitator keen to encourage habitats in the Glitter Band to seceded from oversight by the Prefects. At the same time, the war between two implacable artificial intelligences (Aurora and The Clockmaker) left running at the end of the previous book still rages in the background.

It has been a long time since The Prefect was published and while going back and rereading it would definitely help, Reynolds assumes only a passing familiarity with the events in that book. On its own, Elysium Fire is an engaging, science fiction police procedural, with the stakes constantly being raised on all of the characters. Reynolds’ universe is deep and complex and his return to it does not feel forced. Rather he uses this book to deepen it further. And given the renaming of the first book in this series and the callbacks to the unresolved events in that book, it is not likely Reynolds will be leaving this universe any time soon. 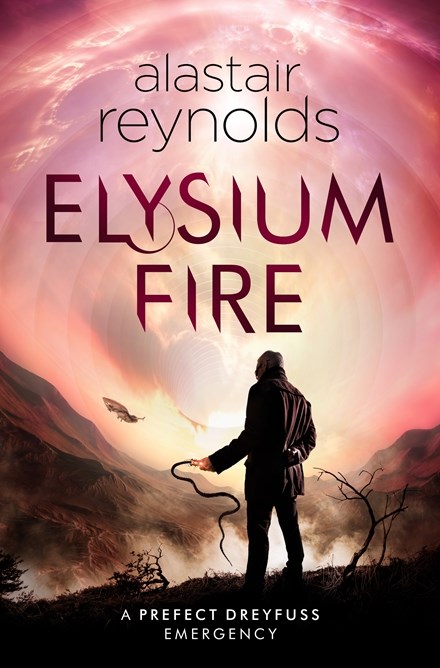