Jasper Fforde has had a bit of a break from writing, but his first book for a few years shows that he has lost none of his quintessential weirdness. Early Riser is set in an alternative version of the world where the vast majority humans hibernate for eight weeks in the depths of winter with only a few staying awake to keep the peace. But attempts to manage this process have consequences. A new drug that helps people survive the hibernation is having the effect of turning some essentially into zombies. When the book opens, newly minted Winter Consul Charlie Worthing is transporting one of these zombies through Wales to a facility where she can be cared for. This mission spins completely out of control and leaves him exploring a much deeper mystery involving shared dreams and a new version of the hibernation drug.

Long time readers of Fforde should not be surprised by the whacky but well thought out premise of Early Riser. Fforde, after all, is responsible for the Thursday Next series in which his hero can jump in and out of the “book world”, the Nursery Crimes series which mixes children’s stories and noir detective style and Shades of Grey in which characters could only see certain colours. With that background, a world in which people retreat into beehive like structures to hibernate once a year seems positively normal. As with the Thursday Next series, the book is set in an alternate Wales which is an idiosyncratic collection of high tech (drugs and brain manipulation) and traditional (trains and tea rooms).

Early Riser takes a while to get into. After the cold open (literally), Fforde jumps back into Worthing’s history and the story of how he became a Consul. Even then there is little in the way of direct exposition and he throws readers deep into his world, relying on their capacity to piece the scenario together. While Early Riser is a mystery/thriller, like Fforde’s other books it is also full of broad satire and for the most part is not meant to be taken too seriously. The appearance of a zombie Rick Astley is clear indication of this. And possibly looking to take the comic-fantasy-drama mantle from the late Terry Pratchett, the text is also littered with (mainly unnecessary) footnotes.

Unfortunately Early Riser, while being sometimes spectacularly wacky, does not really work. The premise is an interesting one but exceptions seem to keep being made to get it to work. The character of Charlie oscillates between being extremely naïve and cunning when it is needed to serve the plot. And the grand conspiracy, while taking an inordinately long time to set up is also clichéd and fairly obvious. So that while there is plenty of fun to be had with Early Riser this is not Fforde back at his best. 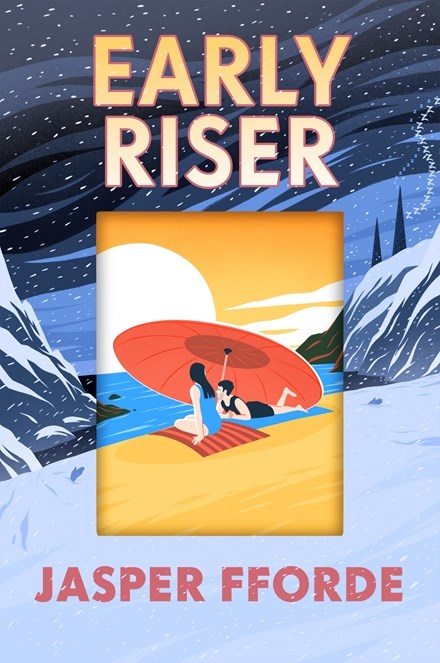