You could imagine the elevator pitch for Patrick Ness’s new novel And the Ocean Was Our Sky: “Think Moby Dick, but from the whale’s point of view”. But while Moby Dick is a touchstone, fantasy writer Ness, responsible for A Monster Calls, the Chaos Walking trilogy and the Doctor Who spinoff Class, takes this well known story into new territory.

The book opens with “Call me Bathsheba” a riff on that famous opening line. Bathsheba is a whale who has been told that she has a destiny as a hunter of men. In Bathsheba’s world, whales hunt humans as much as humans hunt whales in a war that seems to never have an end. The whales carry harpoons and drag boats behind them underwater as a way of storing and transporting human bodies which they use as resources. These whales have developed an underwater civilization and have a breathing technology that enables them to only venture to the ocean’s surface, known as the Abyss, infrequently.

Bathsheba’s story centres around a hunt for the great white ship of legendary whale killer Toby Wick. After picking up the lone survivor of a massacre of humans which hints at the work of Wick, Captain Alexandra and a small group of whales go on an epic journey towards a final epic confrontation. In this world whales and humans can communicate and Bathsheba, tasked with protecting and interrogating their captive, slowly develops a grudging relationship with him.

Ness has taken both the story and the themes of Moby Dick – obsession, destiny and the nature of evil – and has put a unique spin on them. And while the original text was in some often intensely naturalistic (for example, including a chapter detailing how whales are slaughtered), Ness’s more fantastical approach makes this quite dark tale more palatable for younger readers. Ness’s prose is more than matched by a series of exquisite illustrations by Australian artist Rovina Cai, that serve to enhance the reading experience. 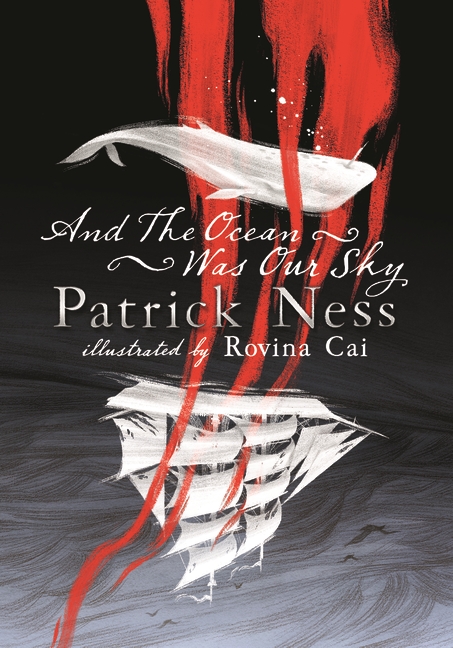