Flynn Berry burst on the crime thriller scene with her page-turning debut Under the Harrow, a book with a female narrator who may have been a little unhinged but was not unreliable. And so to A Double Life which boasts a similar, reliable, if not particularly stable main character. Only Claire has reason to be as she is – a trauma early in her life which she and her brother are still trying, in their own ways and unsuccessfully, to outrun.

A Double Life is loosely based on the very famous Lord Lucan affair, although transposed to a more modern frame. In 1974, Lord Lucan, killed his childrens’ nanny, Sandra Rivett, and then attacked his wife. His wife identified him as the assailant but he was never found. All that was found was his car, abandoned, covered in blood stains. On the way to that point he had stopped at a friend’s house. But he was defended by his friends and no one admitted to helping him. While an inquest and later the coroner brought down a finding that Lucan had killed Rivett, he was never found and has since been declared dead.

In A Double Life, Berry uses these facts as the basis of a reimagining of the continuation of the story. A Double Life is told from the perspective of GP Claire, many years after the events that left her nanny dead and her mother injured. When the book opens the police have come, telling her of another potential sighting of her potentially fugitive father, Lord Spenser, in Africa. Claire has spent some time spying on her father’s friends, trying to get some clue as to his whereabouts. She is sure that they helped him escape and are still in touch with him. When the daughter of two of these friends returns from England Claire strikes up a friendship with her in order to try and seek out more information. At the same time she is dealing with her brother who has become addicted to painkillers.

Claire’s voice is extremely matter of fact – short, simple language, a methodical approach – hiding a depth of pain. And while some of her breakthroughs are a little far fetched, as a reader invested in her and her seemingly quixotic quest, it is easy to just go with the flow.

As much as this is a mystery story, it is more of an exploration of the long term consequences of a violent through Berry’s flawed narrator. But Berry still manages to inject a fair amount of tension in Claire’s actions as she manipulates and lies her way to the information that she thinks she needs. And while the final act may be a little hard for some to accept it builds logically from what has come before.

In A Double Life, Berry has crafted another compelling thriller that throws a light on a still unsolved Twentieth Century mystery. After a promising debut, this is another assured book from a British crime author to watch for. 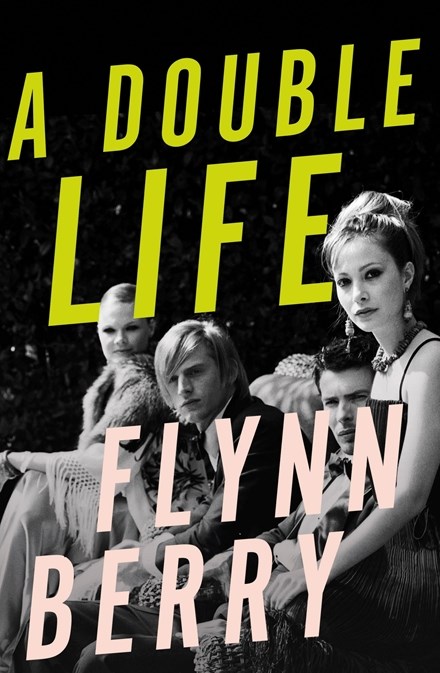