Keri Arthur created a fairly complex urban fantasy world in City of Light, the opening volume in her Outcast series. That world which features a long running enmity between ‘shifters’ and humans alongside vampires, ghosts and interdimensional rifts that allowed destructive wraiths into the world. So despite some action, the first fifty pages or so of Winter Halo feel like a large, if necessary, recap to get readers back up to speed.

Winter Halo once again focuses on Tiger, the last of a race of super soldiers created for long ago war between the shifters and the humans. Tiger is packed with biophysical and magical features – she was bred to gather intelligence by seducing the enemy, has super strength, can change her physical features, can rapidly heal herself and can read people’s minds particularly when she is having sex with them. Tiger is still trying to track down missing children, possibly being used in an experiment to create vampires who can move in daylight. The trail leads her and her companion Jonas, a shifter with whom there is piles of unresolved sexual tension, to the evil Winter Halo corporation.

While advancing the story of the missing children, Winter Halo does little to broaden Arthur’s world. The plot, built mainly around a number of infiltrations into the Winter Halo headquarters, feels repetitive and key events, like the attempted destruction of Tiger’s home, go unexplained. Once again, Tiger’s huge arsenal of superpowers and abilities, allow her to gather necessary intelligence and escape dangerous situations. As with the previous novel there are plenty of well paced action scenes, more than a little sex and the aforementioned unrequited romance. But Winter Halo feels like treading water after the originality and pace of the first book in this series. 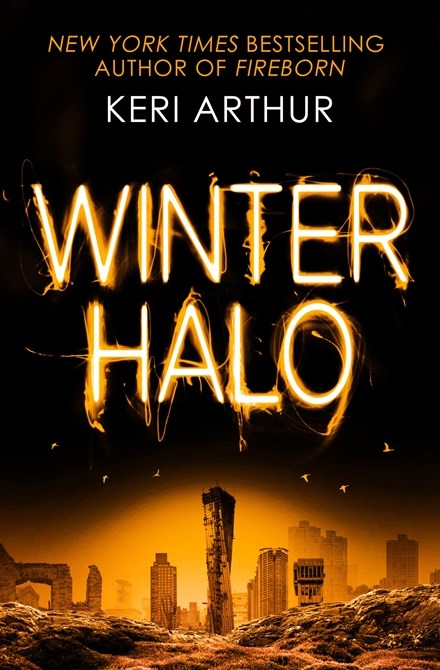