The early parts of John Darnielle’s second novel, Universal Harvester have the feel of a horror story. Set in the age of VCR and starting behind the desk of the local Video Hut, it is not long before elements of Japanese horror story The Ring creep in an even a reference to Blair Witch Project. But Darnielle has other things on his mind, the videotape mystery opening up into something more profound than straight horror. Unsettling and sad, and possibly able to be described as American Gothic, but far from the horror that could have flowed from the premise.

People returning videos to the Video Hut in Nevada Iowa are complaining that their movies contain snippets of other films in the middle of them. Jeremy Heldt, stuck in a dead end job while he still tries to process the six year gone death of his mother, takes the tapes home and finds disturbing sections of black and white footage spliced into the middle. Both his friend Stephanie and his boss Sarah want to investigate and Jeremy is slowly drawn in to their obsession.

Before any answers come clear, Darnielle returns to the 1960s and the story of Irene and Peter Sample whose lives also revolve around the American mid-west. Darnielle charts Irene’s life as she is slowly drawn into the arms of a strange, evangelical cult, eventually disappearing from the lives of her husband and young daughter.

Darnielle’s atmospheric style captures the feel of the sadness and isolation of the American mid-west. Of people who’s lives never chart further than the nearest major town. Of farmhouses with “no neighbours, not real ones”. Of corn and bean fields stretching off into the horizon that “muffle the human voice so effectively that, even a few insignificant rows away all is silence”. But he also manages to draw these as places in which people are able to live full and fulfilling lives.

Universal Harvester confirms John Darnielle as an American author of significant talent. While not a horror story, he manages to generate an atmosphere of strangeness and menace in the corn fields of Iowa. 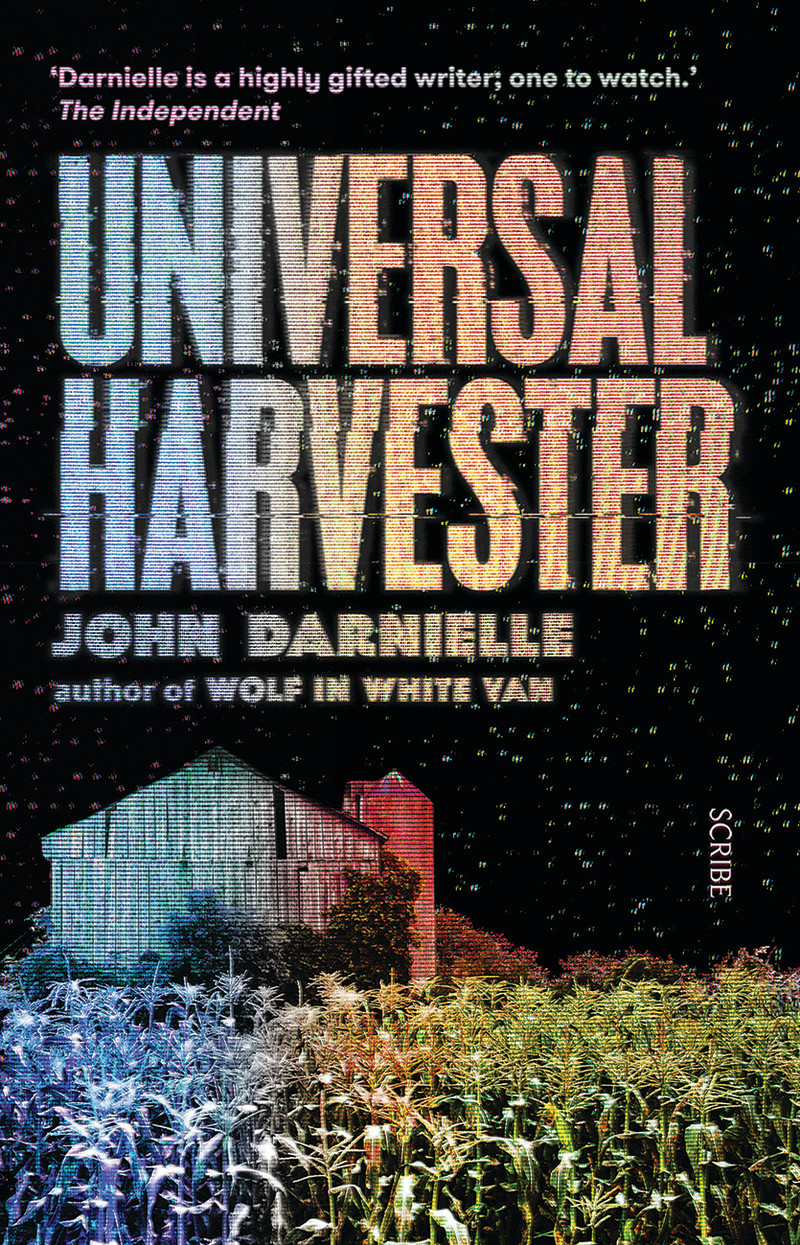