It has been a big year for Garry Disher. Late 2016 saw the release of Signal Loss, the latest in his Challis and Destry/ Peninsula Crimes series. Then, mid this year, he published Her, a historical drama set around World War I in the Victorian countryside. And now, a return to crime and potentially, a new series, in Under the Cold Bright Lights.

Alan Auhl has come out of retirement as a detective to join a cold case team. The body is found in the intriguing cold open when a concrete slab is cracked open to try and drive out a potential nest of brown snakes. But Slab Man, as the body becomes known, is not Auhl’s only case. He is also dealing with a long unsolved murder of a farmer and a current not-so-cold case which links to one of his own, older cases, of a doctor who’s wives keep mysteriously dying on him.

Auhl is another great crime protagonist from Disher. Auhl has an abiding need to see justice done, fuelled by his won pain, darkness and regrets. He lives in “Chateau Auhl”, a rambling old house and takes in “tenants, waifs and strays”. This includes Neve Fanning, a woman fleeing domestic violence, and her daughter Pia and, before long, Claire Pascal one of Auhl’s team seeking time away from a cheating boyfriend. He is separated from his wife but they have a fairly amicable split and she returns to the house from time to time.

As with the Peninsula Crime series, there are numerous plot strands, and not all of them connect to anything else or necessarily wrap up too neatly. They are all brought together through the focus on Auhl, trying to balance his work, life and the connections he makes with his tenants, the latter encroaching dangerously on the former. But Disher also finds time for Neve, Pia and Claire. And through these characters in particular a focus on current social issues, in particular abuse of the family law system to the detriment of women escaping violence.

Cold case units have shown a propensity to provide the foundation for some long running crime series both in books and on TV. And with a complex character like Auhl at the centre of it, Disher has sown the seeds of yet another potentially successful series of his own. Whether or not he returns to Auhl, Under the Cold Bright Lights once again confirms Garry Disher as one of Australia’s leading crime authors. 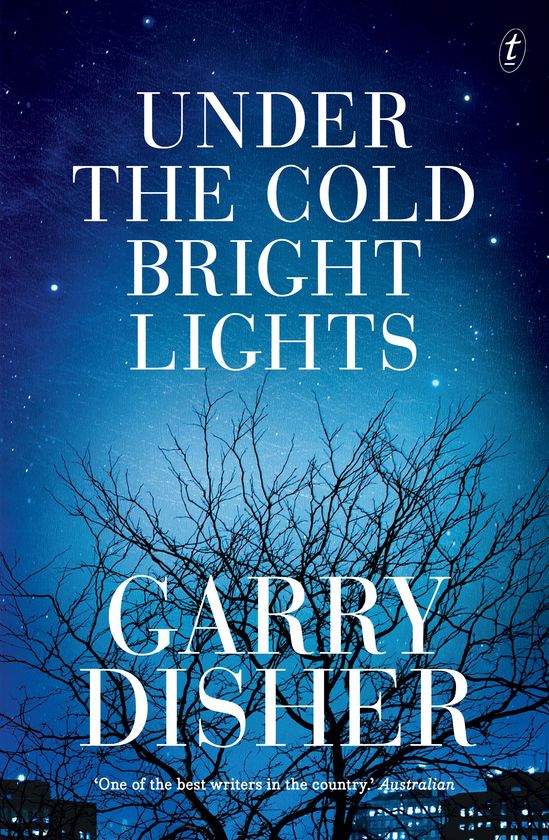