Pierre Lemaitre is one of the premier French crime writers. His crime novels have won numerous awards and his recent post World War I novel about a pair of con artists, The Great Swindle, won the Prix Goncourt, a premier French literary award. So it is no surprise that his latest novel Three Days and a Life (translated by Frank Wynne) is a very literary crime novel. The crime comes early, the culprit is clear but what Lemaitre is interested in is the psychological impact and the consequence of the crime on both the perpetrator and the small community in which the crime takes place.

It is hard to talk about the plot without giving too much away. But suffice to say that 12 year old Antoine commits an unforgivable crime which he covers up. He then spends the next few days, as the town around him works itself into a frenzy, trying to come to terms with his actions and expecting to be caught. He has to watch as townsfolk are accused and arrested and start to turn on each other. The narrative returns to the town many years later to explore the ongoing effects of the crime.

Three Days and a Life is a psychological thriller. Most of the tension comes from the mind of a twelve-year-old boy. Despite his clear culpability, Lemaitre manages to generate a fair amount of sympathy for Antoine and draws the reader into an ambiguous space where even though they may want to see justice done they also do not want the boy to suffer.

Lemaitre effectively manipulates the readers’ sympathies and then manages to drop in a few spectacular twists that recast the events that launch the novel, bringing home the fact that those events are perceived through the eyes of a traumatised 12 year old. Despite its narrow scope, Three Days and a Life is a masterful psychological study and a compulsive, page turning thriller. 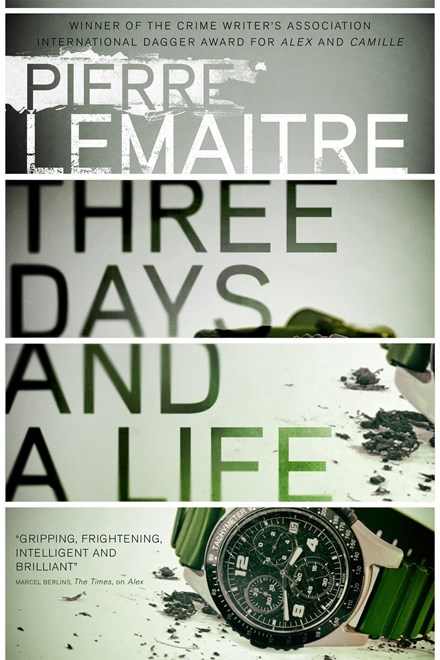