The White Road is a hard novel to pigeon hole. Part adventure novel, part slacker comes of age novel and part ghost story. Sarah Lotz plumbs the depths and scales the heights in a book that is not for claustrophobes or those with vertigo.

The book opens with slacker Simon Newman preparing to do a caving expedition in Wales with a dodgy guide. Together with his friend Thaddeus, Simon is creating a website of odd things. The caves, known as Cwm Pot, have been closed since four cavers died but Simon wants to go through and get footage of the bodies for the website. The caving trip is nail bitingly tense. Lotz pulls out all stops to bring home the claustrophobia and terror of being stuck underground as the waters rise.

When we next meet Simon he is on a mission to climb Mt Everest. He is following in the footsteps of Juliet, a climber whose unedited diary is included in the text. Thaddeus has booked him a space on the trip by lying about his climbing experience. Again, his secret mission is to film the dead, abandoned on the mountainside. During the expedition Simon befriends Mark, who has a secret mission of his own.

The Everest scenes of the book are just as nerve wracking and white-knuckled as the caving scenes. Simon has some experience but is in reality a fairly untrained everyman in this situation. This effectively allows the reader to put themselves in his position. The sheer physical challenge of putting the human body to the test at those freezing altitudes is well described by Lotz as is the confusion engendered by oxygen deprivation at altitude.

But there is another element to this novel besides the armchair extreme sport aspect. Both Simon and Juliet are haunted by “the third man” a spectral figure who follows them around. This connection, which Simon discovers when he reads Juliet’s diaries, is teased out but never really explained. Could it be a common reaction to stress and grief or are these actually the spirits of the dead, forever attached to their victims?

The White Road is a fascinating exploration of what drives people to do things like climbing Everest but also has a creepy existential element that takes it out of the ordinary. Lotz provides plenty to think about but no easy answers and that is not necessarily a bad thing. 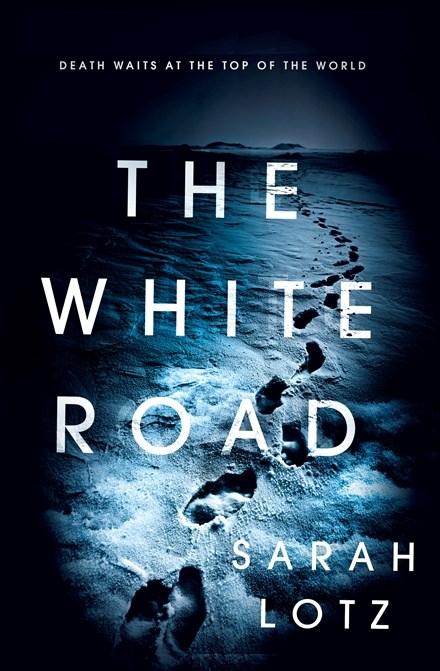