One of the keys to a good thriller is the hook, a tense situation that can only ramp up. Melanie Raabe showed herself a dab hand at this in her debut novel The Trap. Even the title hinted at something menacing and the execution paid off. Her follow up does the same. Just the title, The Stranger, hints at danger. And again, she manages, for the most part, to pull her execution off.

Sarah has been living alone with her son for seven years since her husband went missing in Columbia. It has taken all that time but she is just starting to get her life back together. She has new friends and has developed relationships with her work colleagues. Then the call comes – her husband has been found and is being flown home the next day. Only when she goes to the airport, despite smiling and saying all the right things, she is convinced that the man who has come home is not her husband Philip. When the two go back to their house the stranger threatens to reveal her darkest secret if she goes to the police and a cat and mouse game between the two begins.

Most of The Stranger is told from Sarah’s point of view. Sarah has secrets, some of them kept even from herself. She is not so much an unreliable narrator as a slightly unhinged one. But given the situation that she finds herself in, her manic response is understandable. Short point of view chapters from the stranger are peppered into the narrative only to indicate that he is not some random crazy either but that he has some sort of plan. Part of the joy of this book is watching how Sarah responds, throwing these carefully made plans out the window.

While the hook is important, a bit of suspension of disbelief is also key. Sarah spends a good few days under the same roof as a complete stranger who, potentially is out to ruin her life. And yet still Raabe manages to deliver a cunning series of twists right through to the final set of reveals. There is nothing deep and meaningful here but Raabe once again delivers an enjoyable page-turning, high concept domestic noir thriller. 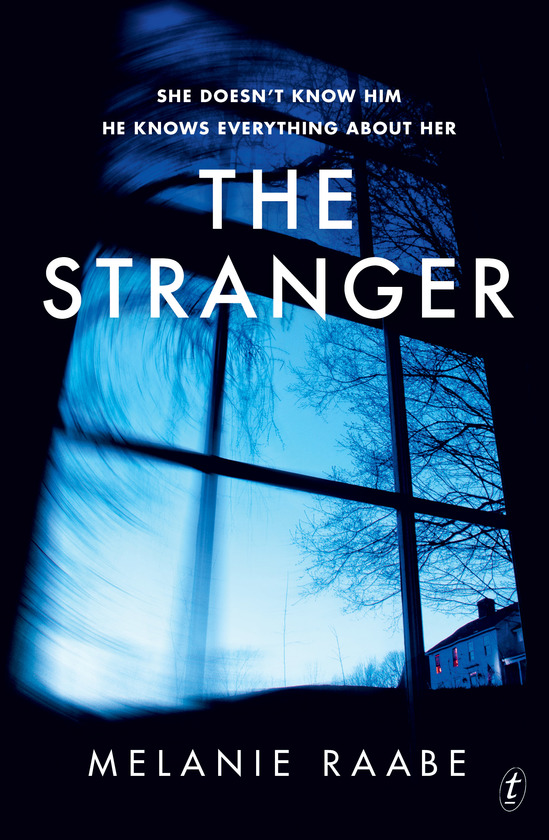