Michael Robotham’s crime thrillers stand out from the crowd for a number of reasons. One of these is the psychological depth that he often gives to his “bad guys”. They may do the wrong thing, they may do evil things, but as a reader we can understand at least some of their drivers and motivations. But they are still for the most part, secondary characters. In The Secrets She Keeps, both the criminal and victim are front and centre and the focus is squarely on their motivations and actions. It is the police and investigators that are kept in the background.

The Secrets She Keeps alternates its narrative between Agatha and Meghan. At the start of the book both are eight weeks pregnant and both have secrets, damaging secrets, that they are keeping from their families and from the world. Agatha, who opens the book, works in the local supermarket and clearly is having a tough time. You initially have some sympathy for her as she watches successful Meghan and her mothers’ group but the creepiness factor comes in early when it turns out that she is doing more than causally watching Meghan. Meghan, on the other hand, seems to have it all – successful husband, two children, nice house – from Agatha’s outside perspective but nothing is what it seems from the outside.

Robotham slowly ratchets up the tension as he brings the women more squarely into each other’s orbit and the outline of the oncoming crime begins to take shape. The crime itself does not happen until the middle of the book with the second half focussed on the aftermath. While the anticipation in the first half of the book creates some tension, the way events play out and particularly the influence of those secrets on the actions of the characters ramp the tension up even higher creating an irresistible page turner.

This is another finely tuned psychological thriller form Robotham, with the psychology of its protagonists front and centre and firmly driving the thriller element. It delves into a nightmare scenario for any parent but has plenty of sympathy and understanding for the other side of the ledger. With the crime market these days starting to groan under the weight domestic noir and unreliable female narrators, this was potentially tricky sub-genre to wade into. But Robotham makes it his own with this stand-alone page turner that confirms him in the top ranks of the world’s thriller writers.

The Secrets She Keeps by Michael Robotham

The Secrets She Keeps by Michael Robotham 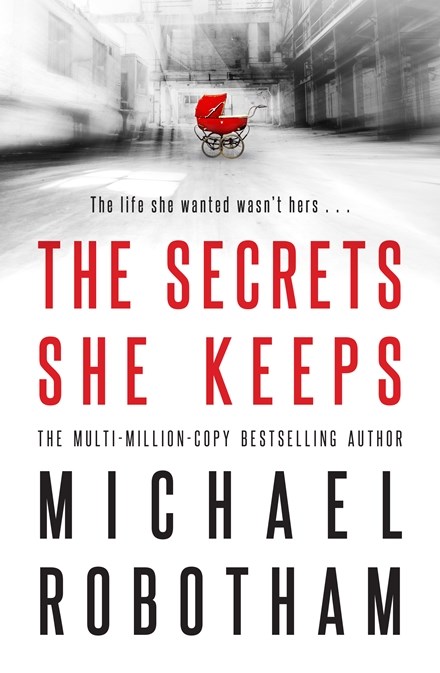