I’m not sure that if I ran a top secret agency that recruited super powered young women and sent them into battle against the forces of evil I would call it The Regional Office. Hidden in the bowels of a building in New York, safe beneath a cover company offering one of a kind travel experiences for the extremely wealthy, The Regional Office has been fighting the good fight for years. If this set up sounds like a mash-up of several books and TV series (Buffy the Vampire Slayer meets The Office meets Agents Of SHIELD meets Minority Report) that is all part of Manuel Gonzales’ plan.

Gonzales and his characters are well aware of their fictional antecedents (at one point a character considers going “all John McLane” to fight off a group of invaders while her opposite number is thinking the same thing as she drags herself through a vent system). This referencing of pop culture touchstones allows Gonzales to give a cinematic quality to the narrative. When powered teen Rose swings her hand around her head to indicate to her goons that it is time to roll out, she does it because that is what she has seen in the movies, while we movie watchers can picture the move exactly.

There is some gallows humour to be had when ordinary office workers are caught in a supernatural showdown, but it feels forced, particularly as they are beaten down for trying to escape or picked off one by one. And while this could potentially have been the strongest part of the narrative, it is the part that works least well.

But there is also some serious intent here played out through the two main characters. On one side is Hannah who does not have superpowers but has been adopted into the Regional Office and fitted with a robotic arm to help her avenge the disappearance of her mother. And on the other is Rose a super powered teen recruited away from a small, dead-end town. While the main action is the titular attack, much of the novel is flashback to the lives of these two, interspersed with excerpts from an academic treatise of them and the organisation. Both are outsiders who have to navigate difficult social situations and both have to fall back on pop cultural touch points (like Mean Girls) to help them navigate.

The Regional Office is Under Attack is a strange hybrid and as such  is only partially successful.  As a satire it does not quite hit the mark, the juxtaposition of office work versus saving the world work does not get well enough developed to really appreciate how it all goes to hell when under pressure. But as an action thriller with a bit of heart and plenty of homage paid to its forebears, it works. The action is intense, the cliffhangers are well handled and the twists, while telegraphed a little too early are well played. So that overall this is a fun read, particularly for scifi fans who are in need of a Buffy/Die Hard/Mean Girls/Minority Report/The Office/Terminator fix. 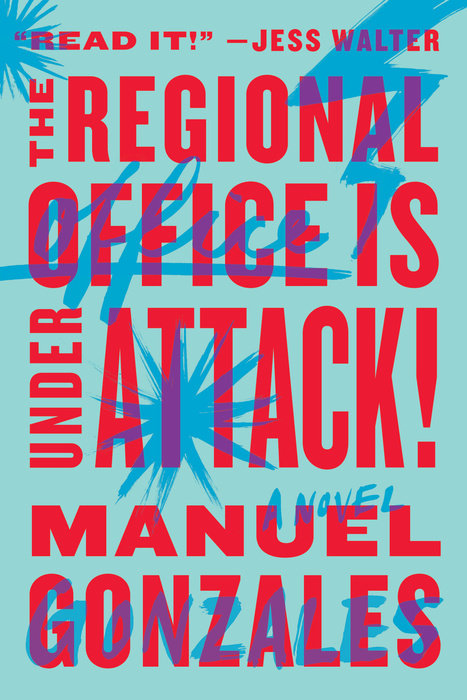