If you are going to call your book The Massacre of Mankind there had better be a massacre or you might find yourself up for false advertising. And while Stephen Baxter’s authorised sequel to The War of the Worlds has a second, bigger invasion and plenty of battles between man and Martian, this is not a book (thankfully, for mankind at least) that really lives up to its title.

Massacre is written as a Wellsian, early-twentieth century sequel to the original. While it would not have been characterised as this back then, in modern terms it could be seen as a steampunk alternative history (where the branch is the unsuccessful 1907 invasion of England by Martians). Set in the 1920s, Massacre charts the second Martian invasion interrupting a war between Germany and Russia which Britain, scarred by the first invasion, has stayed out of. The setting comes complete with zeppelins, advanced technology based on stolen Martian knowhow and a supporting cast of luminaries including Winston Churchill, Thomas Edison, George Patton and Wells himself (although never named). Besides Martians, Baxter also introduces beings from other planets including water-dwelling Venusians (shades here of last year’s far superior Radiance by Catherine Valente).

Unfortunately, Massacre is anything but engaging. The first two thirds of the book feels like an endless trek across Britain into the heart of the Martian war machine which has dug in for an unexplained two year softening up period. The global war, when it finally comes, is described in a series of quick vignettes from various international locations that feel a little like the destruction scenes from Independence Day.

The narration is clear from the outset that humans win the war. So it is no surprise when they do, other than it is via a deus ex machina more breathtakingly ridiculous than the original solution devised by Wells. Massacre proves once again that our thirst for sequels, prequels, reboots and reimaginings may well have hit its limit.

The Massacre of Mankind by Stephen Baxter

The Massacre of Mankind by Stephen Baxter 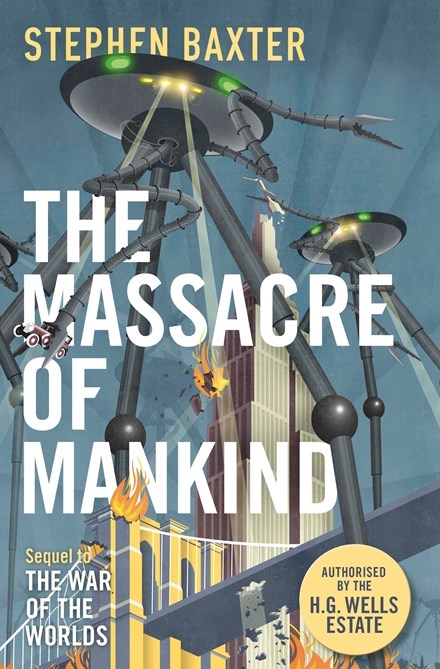