Eddie Flynn, con man turned lawyer is back and once again it is not long before he is in all types of trouble. Trouble that only a man with his unique skill set and view of the world can even begin the sort out. The combination of roguish law breaking and courtroom antics are what have made the previous two Eddie Flynn outings (The Defense and The Plea) so much fun. The Liar is no exception.

The first third of The Liar charts the course of one night that Eddie would probably rather forget. Besides being served with a subpoena in a lawsuit that is going after his old mentor Harry, Eddie is called to help out Lenny, an old family friend from his grifter days. Lenny has made his money specialising in helping with kidnap cases and ransoms. When his own daughter is kidnapped Lenny looks to Eddie to help him outsmart not just the kidnappers but the FBI and police who he believe will get her killed. Immediately, Eddie is using his conman skills to help Lenny out. He may be on a legal retainer but the law is a long way away.

Six months later, the action turns to the courtroom, where Eddie’s other skill set is on display. The court cases in Eddie Flynn novels are probably nothing like the real thing and no more so than this one where the twists and turns even have the judge scratching her head. Helped by a couple of disaffected FBI agents, Flynn once again has to play a number of angles to navigate through an impossible looking situation and save his client.

Eddie Flynn continues to be one of the great thriller protagonists of recent years. He has the skills of a conman when he needs them, the tactical brain and silk tongue of a trail lawyer and every now and then goes all action hero.

There are plenty of twists and turns in The Liar, most connecting to an old case regarding a woman called Julie Rosen whose story opens the book and returns throughout in small vignettes. While the final reveal is a little obvious for voracious readers of this kind of thriller, there is too much fun getting there to care. The tension does not let up, the stakes are continually being raised for Eddie, his client and his friends. And coupled with constant if sometimes contrived cliffhangers, readers will not need much convincing to keep turning the pages. 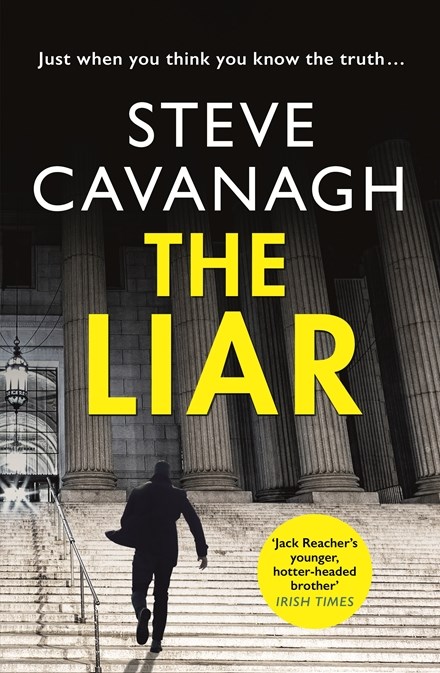