After a sojourn in the country, PC Peter Grant returns to the heart of London and back into this series’ central mystery in The Hanging Tree. Once again, Ben Aaronovitch manages the entertaining high wire act of police procedural, urban fantasy, wry social commentary, and geek Easter egg hunt.

Lady Tyburn, one of the river goddesses of London, asks Peter to help her daughter Olivia who has been found at the scene of a death by drug overdose. Along with Olivia, the victim, Christina Chorley, is one of a group of ultra-rich school girls looking for thrills and trouble. The plot allows Aaronovitch to explore the wealthy side of London – he stages an action scene in Harrods and PC Grant gets to visit country estates and London terrace houses with subterranean swimming pools straight out of Grand Designs.

Aaronovitch also spends some time expanding his universe further with a group of special forces American practitioners (wizards) appearing on the scene, hereditary witches who have no truck with the patriarchal wizarding world and a deeper dive into the demi-monde. In amongst these new players, Peter is once again tousling with his old foe the Faceless Man and his old colleague turned evil (now with face) Lesley.

Aaronovitch continues to fly his geek flag proudly. The book is littered with references to Tolkien, Harry Potter, Terry Pratchett, Star Trek and numerous other geek-touchstones. But also plenty of London lore and history, in this book centring on the titular Tyburn hanging tree where miscreants where brought to dance the jibbet in the Middle Ages.

While the previous volume of this series, Foxglove Summer could almost be read as a standalone, The Hanging Tree is not a great place to pick up this series. A large swathe of previous knowledge is assumed and there are small and large call backs to the events and characters in every other book in the series. But if you are already along for the ride then this is a solid and enjoyable entry. 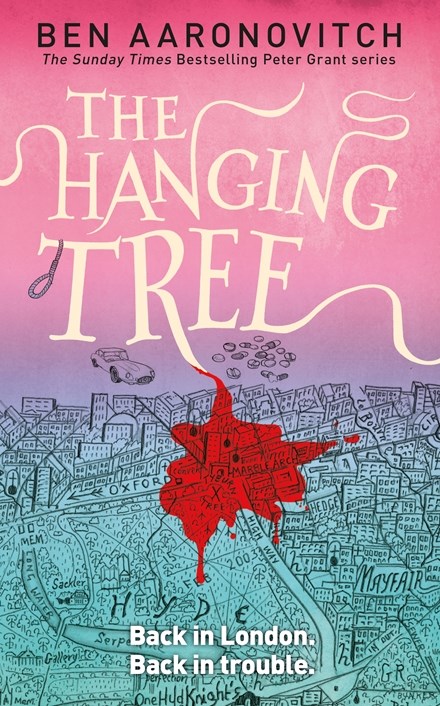