Another day another ‘Girl’ book. But don’t be fooled by the title which is linked to the current marketing zeitgeist but is actually is a subtle commentary on the plot. The Girl Who Was Taken, second novel by American author Charlie Donlea, is not the “domestic noir” the title might suggest but is actually a fairly straight down the line crime thriller with a resourceful investigator helped by a lucky victim, the girl famous for escaping.

The Girl Who Was Taken starts with a potential abduction and an escape. An unspecified time after she was kidnapped, Megan McDonald finds herself in a cabin in the woods and disorientated, staggers out through the rain and onto the highway where she is rescued. A year later and she has become famous for a ghostwritten book about her experiences which does not mention the second girl, Nicola Cutty, who disappeared on the same night she did and has never been found. While everyone expects Megan to be the “girl” she was before the kidnapping, Megan finds herself unable to return to a normal life as she works with a hypnotherapist to delve into the memories of the two weeks in which she was held captive.

But the protagonist of The Girl Who was Taken is Livia Cutty. A Kay Scarpetta in training, Livia is a junior medical examiner and spends her days doing autopsies or on ride-alongs to pick up bodies. Livia still lives with the guilt of nor answering a phone call from her sister on the night she disappeared. The story kicks into gear when Livia discovers a link between a body she has been asked to autopsy and her missing sister. Rather than bringing this to anyone’s attention she starts to investigate herself, finding out just after the reader does that her sister was into some pretty weird stuff including a group obsessed with abductions called the Capture Club.

Donlea does his best to up the tension by dropping in some kidnapper’s point of view chapters that allow for a few fairly forced red herrings. The story of the abduction itself comes out in flashback chapters which establish Nicola as a not particularly likeable teen looking for some attention, caught up in something she is unable to control. The fairly unsettling reveal when it comes is well handled and brings all of the clues together, but even so it comes a little out of the blue and is hard to reconcile with the criminal’s pov chapters.

The Girl Who Was Taken does not have any of the domestic noir genre trappings of the current crop of ‘Girl’ books with which it might be compared (on title alone). Rather, it is an effective, page turning crime thriller with a well handled mystery and an engaging and resourceful protagonist. While she keeps being told at every turn that as a medical examiner she should not be investigating things it would be no surprise if Livia Cutty returns. After all, being stuck doing autopsies never stopped Kay Scarpetta or Quincy. 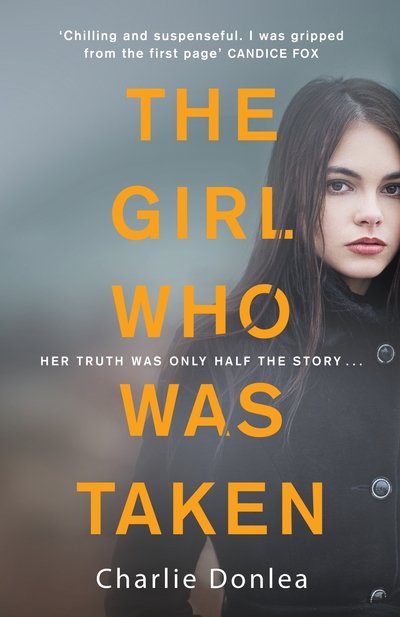