Steig Larsson had originally intended his Millenium series to run for ten volumes but only managed to finish three. The decision of Larsson’s estate to appoint Lagercrantz to continue the series was no whim. In The Girl in the Spider’s Web David Lagercrantz took the extremely popular Millennium series and made it his own. The first of Lagercrantz’s forays into the world of Salander and Blomkvist showed not only a deep understanding of those characters but was in many ways a better novel than any in the original trilogy.

When the latest volume opens, Lisbeth Salander is in prison due to her actions in the previous book. With plenty of popular fiction now venturing into women’s prisons, placing Salander in this environment seems a little lazy. There are the usual tropes here – Benito Andersson, a queen bee who rules the prison with an iron fist, corrupt guards and a helpless victim, Faria Karzi. But Lisbeth Salander is such a unique character that there is interest even in putting her in this situation. Salander is not really interested in prison politics, more about finding a way to investigate a new lead into her past while also protecting Faria. She puts her old friend and journalist Mikael Blomkvist onto the trail while she sorts out her problems in the prison.

In The Girl in the Spider’s Web was not only an excellent continuation of the series but a great thriller in its own right. In Eye for an Eye, Lagercrantz he seems to have fallen back into some of the traps of this series. Lengthy passages of exposition in place of action, fairly black and white characters and some simplistic morality. Salander and Blomkvist, who were well developed in the last book, come across here as avatars of themselves. They stand for unrestrained vengeance and the relentless pursuit of truth and not much else.

This volume does answer more questions about Lisbeth Salander’s past: why she has the dragon tattoo and what it represents, why the authorities were so keen to take her and her sister away. And after all of the explanation and backstory the various threads come together to ground some effective action at the end of the book. But it is a bit of a struggle to get there.

Fans of this series will enjoy catching up again with their heroes and in some ways this volume is closer in style and feel to the original trilogy. And there is plenty of fodder for the movie series now in the works based on the Lagercrantz books. So with half the books now written, there is still no reason to doubt that we will make it to Larsson’s ten book target sometime down the line. And while it is likely that Lagercrantz will leave the series to go back to his non-Dragon Tattoo writing career before that ten volume target is reached, in the meantime he is managing to continue the series in great style. 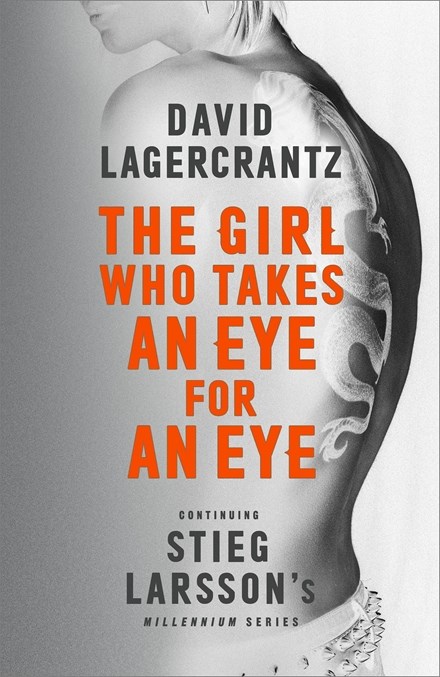