Gillian Flynn and Paula Hawkins have a lot to answer for. While The Girl in Kellers Way is an effective, sometimes creepy domestic thriller there are no girls in it (except for little Alice who is not a main player). The two main characters are women, and the body found in Kellers Way is also a woman. The word “Girl” in the title is the tool used to give bookshop browsers an idea that this is a domestic noir. Australian author Megan Goldin’s debut does tick off on some of the aspects of the domestic noir sub-genre indicated by the title: strained domestic relationship, creepy controlling male character and an unreliable narrator. And she does so in a way that brings something new and a little chilling to the genre.

The narrative of The Girl in Kellers Way flicks between Julie and Mel, two very different women. Julie is the second wife of charismatic psychology lecturer Matt, bringing up Alice, the daughter by his first marriage. That first marriage ended in a tragedy that is widely known in the small American university town in which they live. Julie, still jealous of the dead Laura, has been on some cocktail of drugs since a miscarriage and finds that she cannot trust the things she sees or experiences. Every time she tries to come down off the drugs and experience the world more clearly, Matt is there to keep the dosages up.

Mel is a cop, new to a town that she moved to after the death of her husband, also a policeman, in the line of duty. She is brought into the orbit of Matt and Julie when a body found in Kellers Way turns out to be that of Matt’s first wife, previously thought to have been killed by a notorious serial killer.

The early parts of the book are tough going. Julie is a strange character to get to know, and the effect of the drugs that she is taking makes her observations clearly suspect from the start. Mel, on the other hand, is a by the numbers crime genre cop with family issues and spends the first couple of her POV chapters establishing her bona fides for the reader. Mel’s solidity provides an anchor, though, as opposed to the twisting realities of Julie’s perceptions. Once the preliminaries are out of the way, Goldin settles in for a cleverly plotted thriller with a seriously creepy idea at its core, full of great final sentence cliff hangers/reveals and hints as she switches between her two main characters.

Goldin delivers her debut in an engaging style. She effectively ramps up the tension in such a way that even when secrets are revealed, readers are left guessing how the drama is going to play out. And while there are plot and tonal echoes of SJ Watson’s Before I Go to Sleep and Paula Hawkins’ The Girl on the Train, it is not bad company to be in. Particularly as Goldin has managed to deliver a wholly original spin on domestic noir. 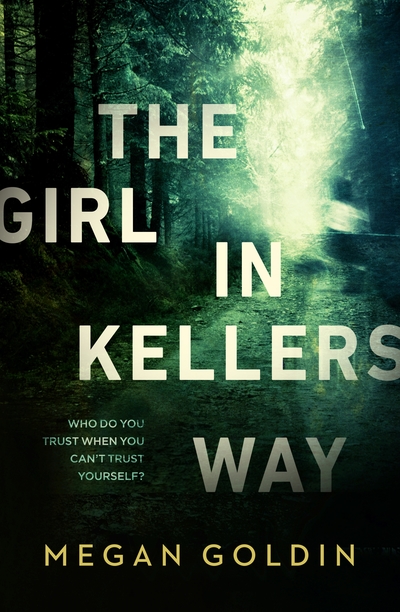