Jonathan Moore’s The Dark Room is the second panel in his “triptych of San Francisco’s nighttime scenery”. After the psychological twistiness of his debut The Poison Artist, The Dark Room comes across a fairly down the line procedural. But as before, one that plumbs the depths of human depravity.

Just to get the atmosphere established, The Dark Room opens with the exhumation of a thirty year old grave sometime after midnight. Detective Gavin Cain is called away from this scene at the request of the Mayor, who has received a series of disturbing photographs and a note from a potential blackmailer. The photographs, also thirty years old are of a woman in fear. It does not take long for Cain to wonder if the two cases are connected.

The Dark Room is an effective procedural. Cain has to navigate the political landscape of his boss’s connection to the Mayor and the involvement of the FBI, time increasingly becomes a factor as the pressure mounts and the case unravels in strange directions. Par for the course in this genre, Cain himself eventually comes under threat.

Cain himself is a well drawn character. An experienced detective, he is not a basket case like many protagonists in this genre but vulnerable nonetheless. His relationship with his colleagues and the strange circumstances of his girlfriend Lucy are slowly revealed, adding layers to the mystery.

It is the atmosphere that makes Moore’s work stand out. As with The Poison Artist, he lovingly renders the city of San Francisco, its darkness, mistiness and moods. It seems odd after reading these books to think that the bright sunshine of LA was traditionally the home of noir when San Francisco, with its steep narrow streets and constant fog seems built for it.

Jonathan Moore set the bar for himself high after his debut. The Poison Artist was part crime novel, part psychological thriller and part horror story. Given that, The Dark Room feels a little less ambitious. It is still a rattling good, well plotted detective story with some killer twists, great atmosphere and a satisfying resolution. But its strength may only be fully realised when Moore completes his triptych with The Night Market. 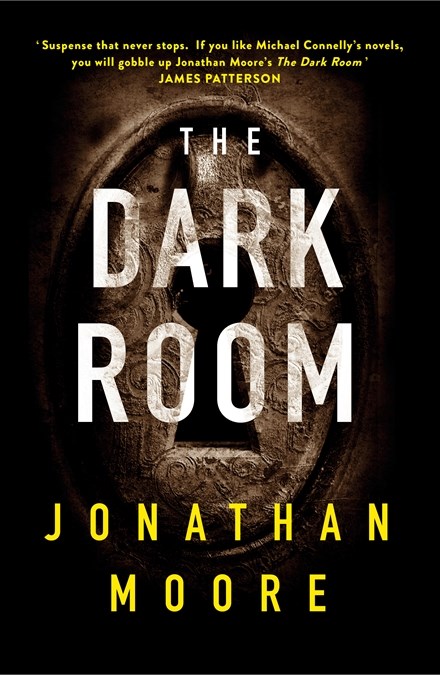