Back in 2008, Peter Brett released The Painted Man (also known as The Warded Man in some countries), the first of his Demon Cycle series. Brett’s world was intriguing and unique. In it, demons of different forms and with differing powers would rise at night to attack mankind who were able to repel the attacks using symbols known as wards. Over the course of the series, the use of wards has become more sophisticated and the demons have become smarter, upping the stakes of each battle leading to this final volume and the ultimate war between man and demon. But each volume also became longer and less focussed, spinning out with backstory and new point of view characters.

Like the last couple of instalments of this series, The Core needed a serious edit. Brett is unable to let any character or locale go. Dedicated fans of this series may appreciate the amount of detail and the sheer number of characters that Brett catches up with. But this means it takes over 450 pages before the main characters start on their ultimate quest to end the demon war. And even then there are 400 pages left. Most of these side stories and characters have little relevance to this main plot and most are eventually abandoned as the focus returns. That said, once the action starts it does not let up, as humans previously at each other throats join forces against the demons rising for a final push against mankind.

The end of the tale is driven by the kind of deus ex machina that we have seen in epic fantasy since Frodo cast the one ring into Mount Doom. Which itself might not be an issue. But the denouement here makes little, if any, of the rest of the action or characters ultimately matter. And when a reader is asked to invest a significant amount of time in that action and those characters, they should. 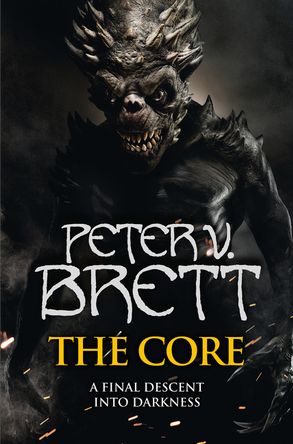