Swiss novelist Joël Dicker hit the big time in 2014 with the translation of his mouthful of a novel The Truth About the Harry Quebert Affair. In that book, blocked novelist Marcus Goldman becomes involved in a cold case involving his old mentor. The book was an overly long but effective crime novel with some well plotted twists. While originally written in French, the narrated book went for an apple pie American feel that sometimes felt a little forced. In The Baltimore Boys, Dicker returns to Goldman to tell the story of the wider Goldman family. While also narrated by Goldman, this family saga with deep dark secrets is a very different type of book to Harry Quebert.

The Baltimore Boys starts with a quick hook. It is 2004, “One month before the tragedy” as we are told. The short prologue ends with the ominous words “If you find this book please read it. I want someone to know the history of the Baltimore Goldmans.” Given this breathless and disturbing opening it is a bit surprising to find that the main narrative opens in 2012, while Marcus Goldman is still living in the shadow of the “tragedy”, there is no indication that the reader is engaged with a desperate, lost manuscript that might reveal terrible secrets. Instead Goldman relates the long and detailed history of his family – known as the “Montclair” Goldmans and his uncle’s family, known as the “Baltimore” Goldmans, based on where they live.

The Baltimore Boys is a family saga hooked around the mysterious tragedy (every action at some point seems to presage this event). But while it is often engaging on the surface it is not very satisfying. Marcus, his cousin Hillel and Woody, Hillel’s quasi-adopted brother from teenagehood form the titular Baltimore Boys. Every one of the many relationships seems to be built on a combination of envy and worship. Hillel is jealous of Woody’s athleticism, Woody is jealous of Hillel’s mind, Marcus is jealous of both of them because they live in Baltimore but all of them love each other dearly and are apparently inseparable. Later, the jealousy moves into other areas such as their mutual obsession with Alexandra, the sister of a good friend of theirs. When we finally come to the deep family secret of the relationship between Marcus’s father, uncle and grandfather, which actually has no bearing at all on “the tragedy” the emotional beats of jealousy, love and obsession are exactly the same.

As with Harry Quebert, Dicker has again tried to channel upper-middle America. And again, he is reasonably effective, but sometimes a little off. At points Marcus is a little too effusive about the American culture the links between American prosperity or big American events (the election of Bill Clinton looms large) are too heavily stressed.

But in the end, the mystery is just not enough pay off for the length of time it takes to get to the big reveal. And the underlying emotional and character drivers for it just don’t make sense, based as they are around that deep jealousy and worship dichotomy and people keeping secrets from other people for no reason other than it makes the whole tale more dramatic. And the breathless “if you find this book…” opening line ultimately feels like a cheat as it is completely overturned by the closing lines which are all about how this was the book written eight years later to bring the victims of the tragedy “back to life”. 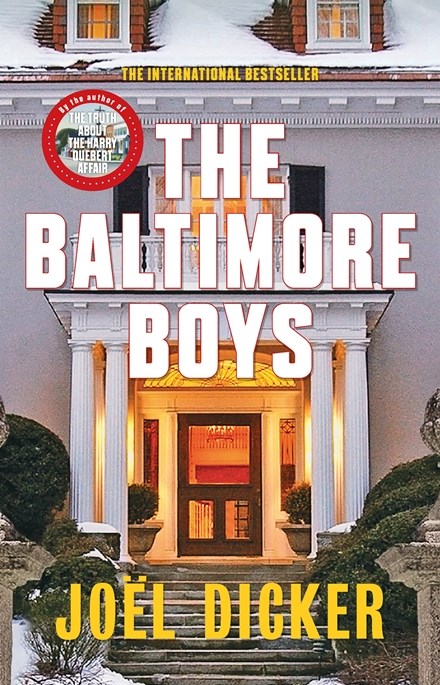