There have been plenty of books about art and artists – painters, novelists, musicians, film makers – but not so many about cartoonists. Animation as an art form has often been seen as something for children and so less worthy of consideration. And while the main characters of The Animators grew up on 1940s Loony Tunes they also discovered the very adult oriented animation of the seventies and eighties. The Animators is a book about the art form, how it works and what it means for the people who love it.

The story of The Animators revolves around two very different women both from lower class, rural America. Mel is the wild card, the rule breaker but also extremely gifted animator while Sharon, from rural Kentucky, is more straight down the line, as she says: “my virtue is in my constancy”. After a brief description of their meeting in college, Whitaker skips forward ten years to their ongoing successful collaboration as animators. Mel continues to be the wild and original one while Sharon keeps the enterprise together while deep down believing that Mel is “the real artist.”.  As Sharon herself notes:

“Mel’s having all the fun… while I’m the steady guy, taking care of the admin stuff, making the appointments.”

They find success through a movie that is heavily based on Mel’s life called Nashville Combat. But it is this success and the events that follow that throws their collaboration into a spin. They end up back in Sharon’s home state of Kentucky where dark events from Sharon’s past start to surface. And before long they are working on a new project that focusses on Sharon’s life and tries to make some sense of her childhood and its continuing impact on her life.

The Animators is a confident and engaging debut. Mel and Sharon are not always the most sympathetic people but their relationship rings true and their characters, and those around them, are sympathetically drawn. The plot turns on a number of seemingly random tragedies which gives it more of a feeling of truth than tricky reveals or long planned or carefully presaged plot twists.

Like Ann Patchett’s recent Commonwealth, one of the key themes of The Animators revolves around the repercussions of artists using their own lives in their art. Sharon and Mel reimagine Sharon’s life story, not concerned about the other people they drag along in their wake and the effect on them (“this is my story” is Sharon’s constant argument). This has added poignancy in this case, Whitaker’s debut novel which, while fiction, is set partly in her home state and drawn partly from her own experiences with substance abuse and addiction.

The Animators feels like part of a trend of novels coming at the moment out of the American heartland. But many of these take a slightly gothic route, and while there is a fairly nasty secret at the centre of the The Animators, Whitaker takes more naturalistic approach. She is also, in common with some of these novels, not dismissive of the appeal of small towns. Sharon, who ran away from her rural life, finds that there are positives to living in Louisville over New York.

The Animators is a confident, engaging and emotionally charged debut. Its focus on an often ignored or maligned artform is refreshing as are the ups and downs of its central relationship. It is just a shame, in some sense, that there is no animated version (yet?). 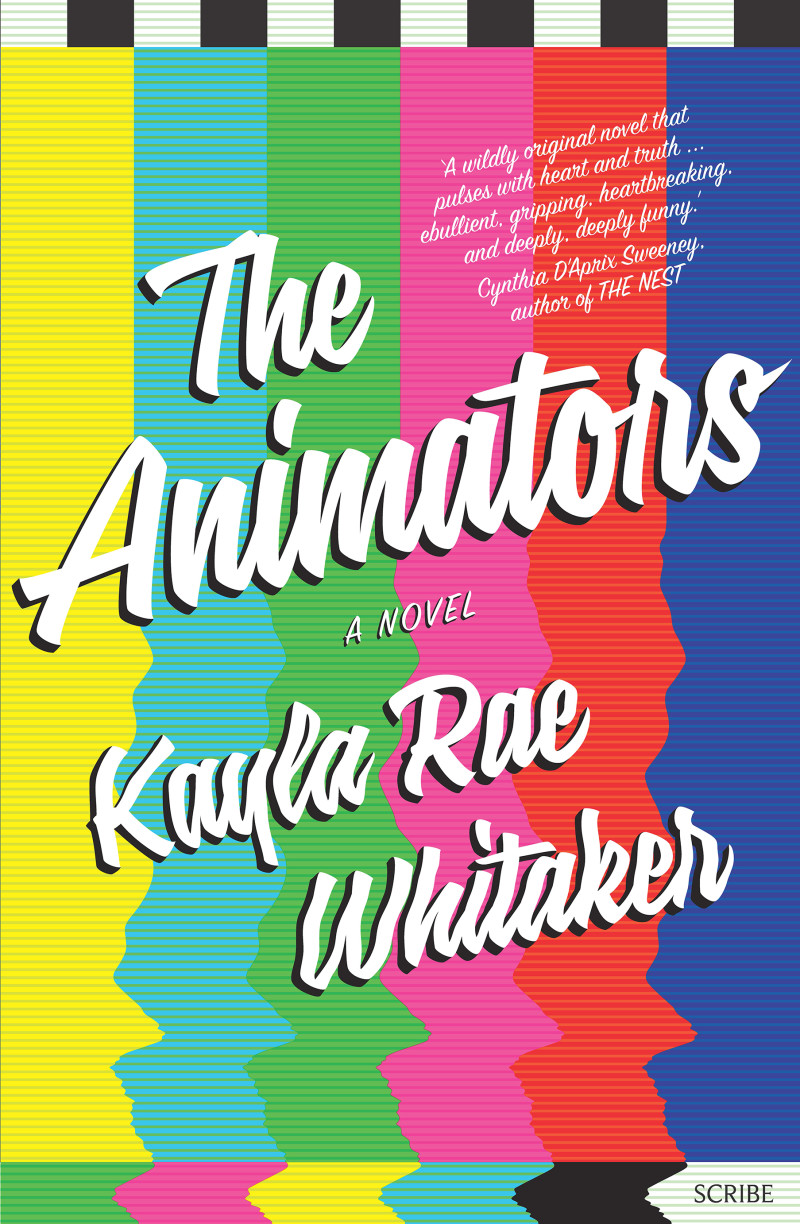