alian readers are likely to still know Melina Marchetta for her breakout young adult novel Looking for Alibrandi (1992). Tell the Truth, Shame the Devil is crime genre novel. But while it relies on some of the genre conventions it also manages to subvert some of them, particularly with its focus on some teen protagonists.

Bashir ‘Bish’ Ortley is an ex-policeman on the skids. He is drinking to forget the death of his son and has been drummed out of the force for threatening a fellow officer. So far so clichéd. When his teenage daughter is involved in the bus bombing of a youth tour group in France in which five children have been killed Bish races to the scene. As an ex-policeman he finds himself working unofficially for the foreign office as a parent liaison but also in helping track down two teens who have fled the scene. One of the fugitives, Violette, is the daughter of a famous British terrorist still in prison for a supermarket bombing, a case and family with which Bish has history. The theory is that Violette, who had been living with family in Australia but secretly flew to France, has something to do with the bombing. The plot gets more complicated and more convoluted from there, the connections between characters and events multiplying as the story progresses.

While Bish starts out as a bit of a cliché he ends up being a flawed but genuinely interesting character. Part of his journey is coming to terms with his own middle eastern heritage. Minor characters like his mother, and the possibly wrongly imprisoned terrorist Noor Sarraf push him on this journey and are compellingly drawn. More interesting still are the teens – they are switched on, plugged in, savvy and tend to run rings around most of the adults. So that the shades of Alibrandi remain, but all to the benefit of this novel.

Tell the Truth Shame the Devil has all the page-turning trappings of a genre novel but rises above those with thoughtful meditations on a number of critical issues.  It deals with themes of identity, immigration, racism, terrorism, police expediency, media manipulation of the facts and the influence of social media on public perceptions. But Marchetta never lets the issues overwhelm either the characters or the plot which is well paced and manages to build to a satisfactory climax when the pieces fall into place. The resolutions of multiple mysteries (including not only the bus bombing itself but the apparent suicide of Violette’s father when she was a toddler) end up being rather prosaic but satisfying. A lengthy epilogue feels like an extended wish-fulfillment for many of the characters but by the time it arrives has at least been earned. 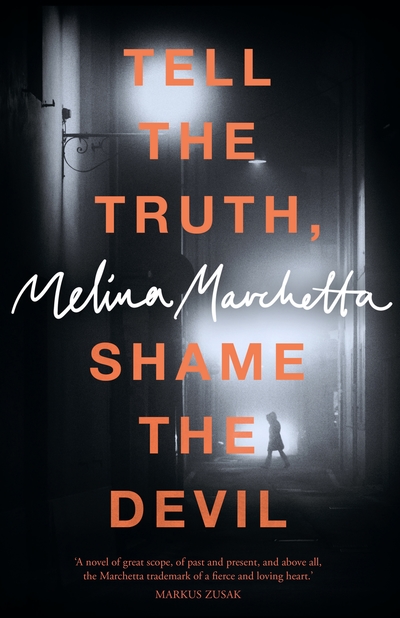