With many short story collections, it is often instructive to read the author’s comments before diving in. At the front of Neal Gaiman’s recent collection Trigger Warning there was a general overview and then some insight into the genesis of each story in the collection. Joe Hill references Gaiman in his afterward where he talks about the idea behind this collection. And that reason is that after producing a couple of massive tomes (including 2016’s post-apocalyptic doorstop The Fireman) he wanted to get back to writing that was “lean and mean”. As he says, short novels are “all killer no filler”, and goes on to list some of his favourite authors at this length including Gaiman, David Mitchell and even HG Wells.

In Strange Weather, Hill has delivered four novellas which, if nothing else, serve as a great advertisement for his range. The four stories traverse a range of ideas and character and each is, in its own very different way, a killer.

The first story, Snapshot, starts out feeling very genre. Set mainly in 1988 it features A thirteen-year-old nerdy narrator (although the knowing narration itself comes from when he is an adult), a mysterious dark force that threatens him and people he loves. Possibly a bit of a Stranger Things vibe to it, which is not a bad thing. Hill effectively uses his horror tropes to deal with themes of love and loss and memory but also takes the story in a really unexpected direction in what, in a full length novel, could be considered a lengthy coda to the main action but in this story is absolutely essential.

Loaded is the most naturalistic of the four and, in fact, there is little fantasy to temper the actual horror that Hill explores. Loaded is an unflinching look at American gun culture and the places that it has taken that country. From police shootings, to dating at a rifle range and ultimately what happens when people use guns to solve their problems. Hill takes his time to build the tension in the story and bring a few threads together. But when it all gels this is a powerful, effective story with, literally, a killer final line.

Aloft, on the other hand, feels like a lost Twilight Zone episode. A man doing a tandem parachute jump finds himself marooned on a giant floating cloud shaped like a 1950s flying saucer. Aubrey, for all of his failings, is a compassionately drawn character and his personal journey both the one that brings him to the cloud and the one he goes through once he gets there is both gentle and tense.

In the final story Hill returns to post-apocalyptic territory. Out of nowhere, the heavens open up and, rather than rain, sharp needles of fulgarite fall from the sky, killing huge swathes of the population of Boulder. The effect spreads globally but Hill does not get hooked up on the details, he remains fixed on Honeysuckle, his protagonist, dealing with unthinkable loss and then the possible end of the world. Hill throws all of the usual tropes at this story – religious nutters, looters, extreme conservatives out for revenge – but again the length of this one, the shortest of the four, works for him.

Joe Hill says in his afterword that he believes that horror and fantasy thrive at a length of twenty-five to seventy five thousand words. This is being reflected on the small screen at the moment with the resurgence of speculative fiction anthology shows like Black Mirror and Electric Dreams. His stories have enough heft to grab the reader and pull them in and room for both character development and a cracking plot. It is likely that Hill, much like his father Steven King, will go back to writing doorstop science fiction or horror books but it is his shorter form fiction that really stands out. 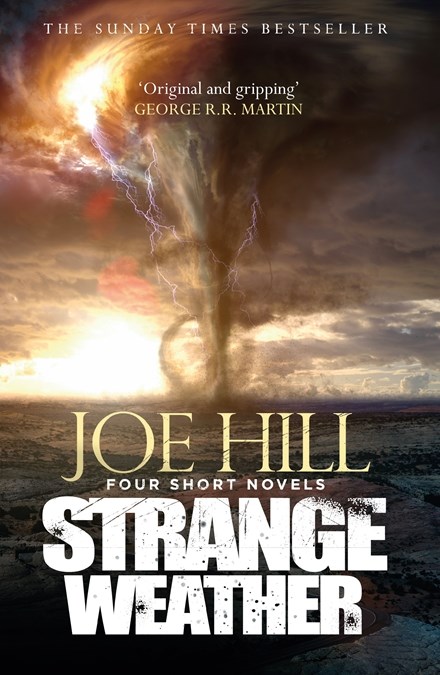