Forty years ago, in a galaxy not so far away, was launched one of the world’s most successful and influential science fiction franchises. Star Wars, later renamed Episode IV: A New Hope, to fit in a with an expanded timeline and planned prequels, blasted into cinemas in 1977 and blew up not only the Death Star but blockbuster cinema. Even before the first sequel was on the screen there was additional fiction in the Star Wars universe. Characters who were not named, who did not even have any dialogue, appeared as toys and their backstories started to be fleshed out by eager fans.  So that now, forty years later, there is a rich vein of story to mine. But you don’t have to go in knowing about any of these characters to enjoy From A Certain Point of View.

From a Certain Point of View is a series of love letters to that original film. It takes that relatively simple story of a farm boy with a destiny who becomes a hero by rescuing a princess with the help of a loveable rogue and infuses it with greater depth. The conceit of this book is forty short stories, each from the point of view of a different minor character of the events in Star Wars Episode IV. It is the Rosencrantz and Guildenstern version of Star Wars, with every key scene and event reimagined from the sidelines.

Starting with a story from the point of view of the captain of the Tantive IV, the stories run in chronological order through to a rebel soldier’s view of the final medal presentation ceremony. While some of the stories only interact obliquely with the main story, key events from the film and snippets of dialogue come through and often recur in multiple stories. So that the collection builds up a narrative silhouette of the original tale. If nothing else, the stories often bring home the scale of death, destruction and dislocation that mainly happens off screen, this is a war, after all.

The stories are mainly written by Star Wars stalwarts. Novelists like Claudia Gray and Chuck Wendig who have been writing new Star Wars novels, Kieron Gillen and John Jackson Miller, who have been writing for Marvel’s recent run of Star Wars comics, Ian Doescher who wrote the Shakespearean versions of the Star Wars movies and cartoonist Jeffrey Brown, responsible for the delightful Darth Vader and Son. Alongside these are scifi authors (and clearly fans) like Ken Lui, Nnedi Okorafor, Pierce Brown and Adam Christopher and celebrity geeks like Wil Wheaton. And all of the authors have given their talents for free, their proceeds donated to First Book, a social enterprise that provides books and learning materials to children in need.

Not all of the stories fire, and there is a bit too much time spent on the big events that happen to be packed with side characters. The Mos Eisley cantina, originally a hive of weird but anonymous aliens, is these days full of fan favourite characters who all have names and complex back stories (partly thanks to an old fan favourite book Tales from the Mos Eisley Cantina) and gets plenty of attention. The final attack on the Death Star is also told from a large number of perspectives including that of Luke’s doomed friend Biggs Darklighter. But there are also plenty of surprising points of view – the red astromech droid that blows up forcing Luke to buy R2D2, the monster that lives in the trash compactor, a mouse droid on the Death Star – and a few gems by officious imperial officers including one by the bureaucracy master who calls himself the “Sith of Datawork” and a complaint to Death Star Human Resources about Darth Vader’s use of the Force-choke on senior staff.

From a Certain Point of View is a veritable bag of Easter eggs for Star Wars fans. Replete with references to characters and events from the prequel and sequel films, Rogue One, Clone Wars and Rebels TV series and the new Marvel comics series. And some well known characters, even to casual fans, get stories of their own. For example there are stories from the point of view of characters like Yoda, Lando Calrissian, the Force-ghost of Qui-Gon Jinn, Boba Fett and Mon Mothma.

Star Wars: From a Certain Point of View is pure fan service and it is really enjoyable, surprising and often poignant fan service. It manages to bring 40 years of play in the Star Wars universe sand box to bear on the most iconic story in the canon.  For those with only a passing familiarity with the original Star Wars tale it is a great way to dip a toe into the broader Star Wars universe. For all of those other Star Wars fans out there this is a must. 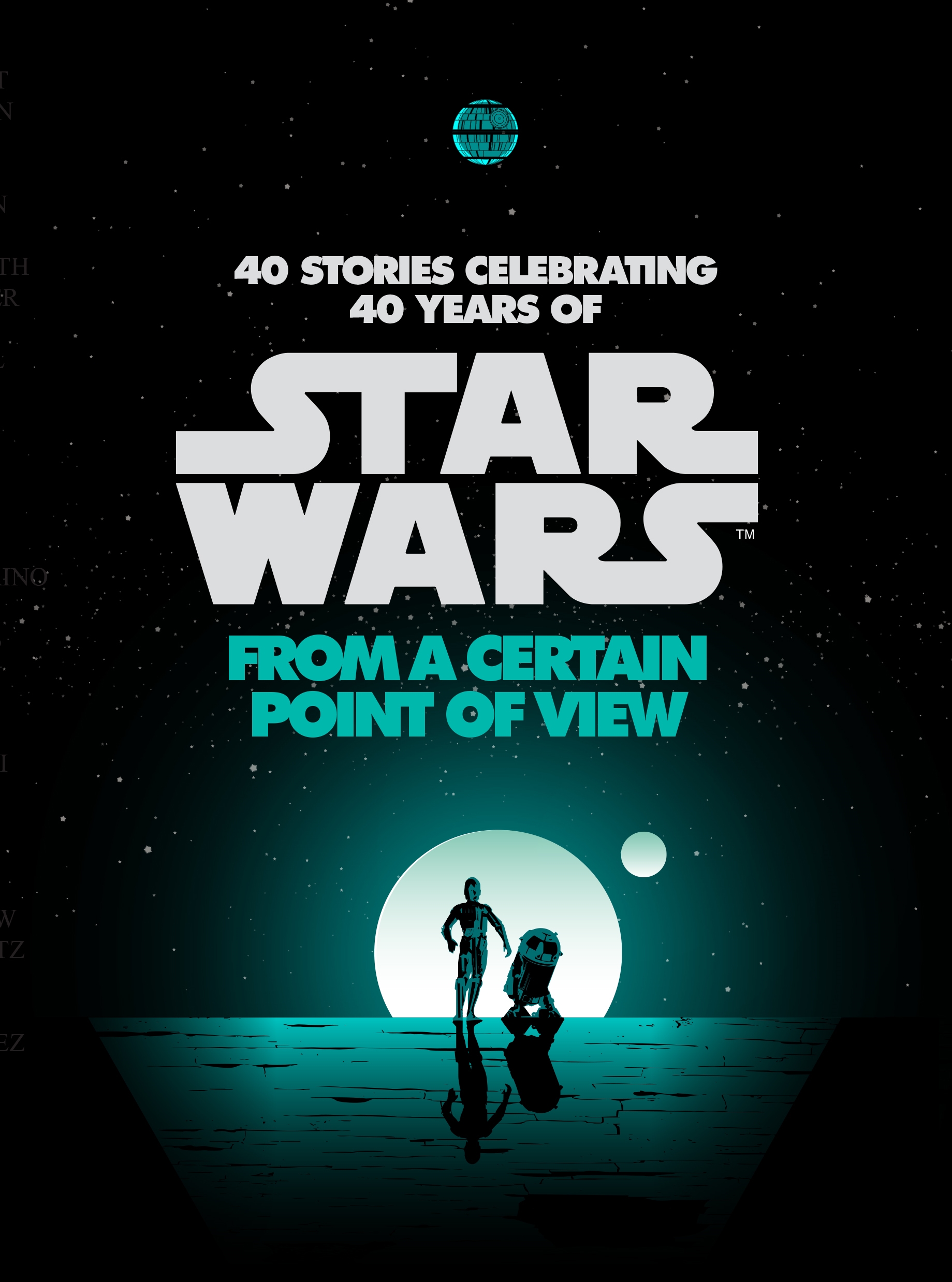