Singing My Sister Down could have been subtitled Margo Lanagan’s Greatest Hits. The title story, which also opens this collection, won a bunch of national and international fantasy awards and was short listed for a number of others. This and nine of the others stories come from earlier collections of Lanagan’s work, the multihued – White Time, Black Juice, Red Spikes and Yellowcake – many of which were also shortlisted for or won their own awards. So these hand picked stories might be considered the best of Lanagan’s best, clearly putting her in an international league of great fantasy short story writers.

Singing My Sister Down, the story of a family come to watch the ritual killing of one of their members – consigned to sink into a tar pit – is starkly effective. Many of the other stories are built around ideas that can only lead to trouble – a man who kills clowns, the person who ferries the dead, a magician spurned. Some of the others, particularly two new stories written for this collection are off-kilter retellings of well known fairy tales – Sleeping Beauty in Not Quite Ogre and The Princess and the Frog in The Wood-Queen’s Quarters. Both of these are stand outs in a collection full of surprises. And just to keep readers on their toes, the collection includes a couple of stories told from distinctly non-human points of view.

Although a few stray from that definition, these are mainly fantasy tales. But Lanagan effectively uses fantasy stylings and tropes to reveal universal truths about love, loyalty, honour, revenge, fear, belonging.

As can be expected from a writer who is well known in the Young Adult sphere (she is one of a triumvirate currently writing a series about superpowered teens which has so far produced the fun and engaging Zeroes and Swarm) most of the protagonists of these stories are young or on the cusp of adulthood. And so while this collection would be appropriate for older young adult readers it would be just as enjoyable for anyone. 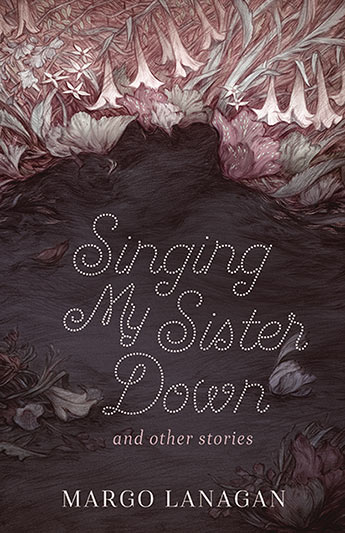