Dennis Lehane takes a swerve away from his long running Kenzie and Genaro series (which includes Gone, Baby Gone) and his recent prohibition and gangsters trilogy to deliver a psychological thriller of sorts. Since We Fell is a book that is hard to categorise. In some ways it is an extended character study and in others it is an extremely long con not only of some of the characters but of the reader. For that reason it takes a long time for the novel to really come into focus with some readers possibly only hanging in to resolve the strong opening hook.

Since We Fell opens with a bang, literally. Rachel shoots her husband on the deck of a boat and he flops over the side. Why she has taken the shot and what happens next will have to wait as Lehane takes us back to Rachel’s childhood and her difficult relationship with her mother. Following her mother’s death, Rachel goes on a years long search for the father that she never knew and who her mother refused to tell her about. Through this search she meets Brian, a private detective who, after much trauma on her part comes spectacularly back into her life.

The first two thirds of Since We Fell is essentially a character study of Rachel – the foundation of her deep anxieties and agoraphobia, her desire for safety and security, her extreme response when things don’t turn out the way she expects. Only some of which is really relevant for the final third of the book when the pieces fall into place and the action kicks in. At which point Since We Fell starts to feel like a different book altogether – full of violent goons, sleights of hand and plenty of gun play.

It feels like Lehane is trying to do too much in Since We Fell. The naturalistic exploration of Rachel’s mental state is undermined by the extreme suspension of disbelief needed to follow the plot. And again, in the final third of the book Rachel manages to throw off the burden of mental illness that she has been carrying in order to both forward that plot and be an effective actor in its resolution. The idea being, I think, that all she really needed was something bigger to focus on outside of her own worries.

The lengthy and detailed start of the book becomes irrelevant by about half way through, used only as a way to manoeuvre various characters into place. The original hook is almost forgotten by the time it rolls around again, with only some well-timed hints to keep the reader’s appetite whetted. And its resolution requires such a breathtaking suspension of disbelief that it skews the rest of the plot. The last third, while nominally exciting and well written does not feel it resolves any of the real issues that were raised earlier on and just leaves the reader constantly asking “but why…?”. So that in the end Since We Fell doesn’t work. There is definitely some psychology here but possibly not the psychological thriller that fans of Lehane’s work and of good thrillers more broadly would have been hoping for. 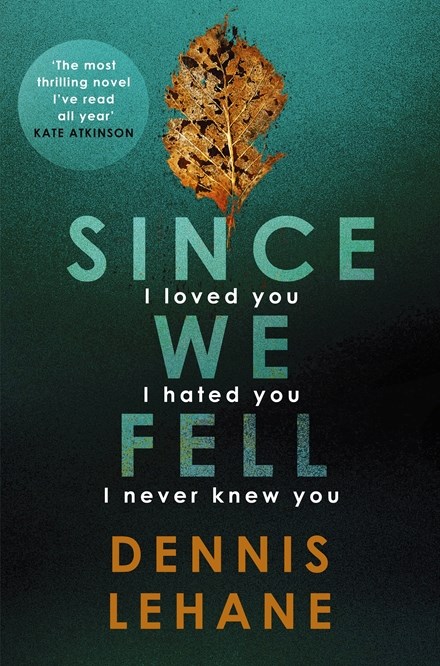