After two successful related trilogies, Red Sister is Mark Lawrance’s first volume of a new fantasy series with a cold open and a literally killer opening line: It is important, when killing a nun, to ensure that you bring an army of sufficient size.

Peasant girl Nona is taken to magical school/nunnery because she has untapped powers that have kept her alive. She learns about her powers as she tries to navigate the social and academic rules of her new world. In this respect, Red Sister comes across as a fairly typical “magical academy” novel complete with wise Dumbledore-style head nun and Snape-like poisons teacher. As is usual in these novels, it is the kids who either save the day or make things worse by making assumptions or not trusting the adults in charge. To his credit, the narrative and characters are engaging and Lawrence does manage to upend some of the cliches associated with this genre.

The nunnery sits within a fascinating world. A ribbon of life around the equator of a world slowly freezing, warmed by an artificial moon put in the sky thousands of years before when the original colonists came from across the stars. Different groups of the original colonists developed ‘powers’ which still manifest in the current population – powers which are enhanced by proximity to one of the shiphearts still buried around the dying planet. And it is these powers that the nuns (and others) are trying to foster.

The opening scene set sometime in the future is returned to both halfway through the novel and again at the end, creating some mystery throughout the narrative and eventually a cliffhanger in both time periods. Nona still has a couple of years of academy left but hopefully Lawrence will break away more from this formula in the next volume and let more of the originality of his premise and his world take centre stage. 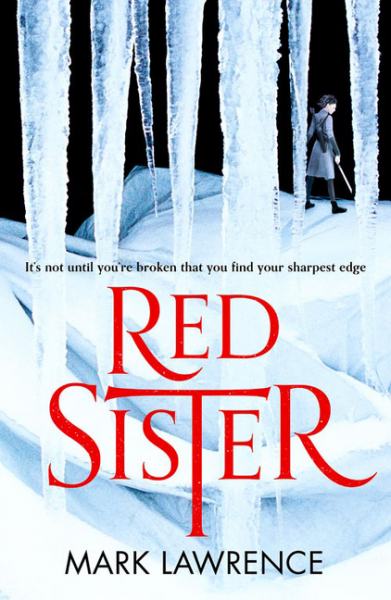